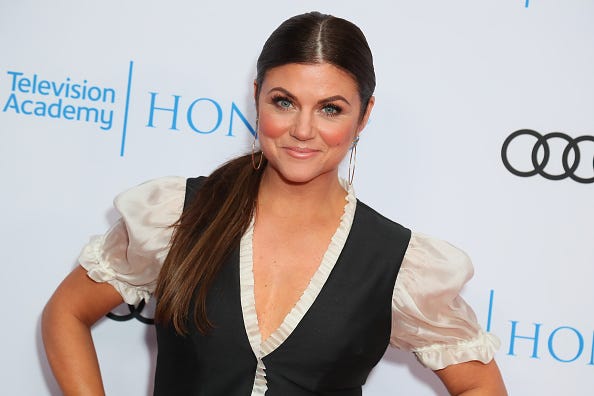 Not everyone will be returning to Bayside High.

Last month, it was revealed that NBC was producing a reboot of “Saved By the Bell” for their Peacock streaming service with original stars Mario Lopez (A.C. Slater) and Elizabeth Berkley (Jesse Spanos).

While there were rumors that Mark-Paul Gosselaar might reprise his role of Zack Morris on the series, we’ve now learned Tiffani-Amber Thiessen will not be returning to play Kelly Kapowski.

Tiffani Thiessen said she and Mark-Paul Gosselaar had no idea the Saved By The Bell reboot was happening. 😬 https://t.co/zPIeoyihsB

The 45-year-old revealed she and Gosselaar were completely blindsided by the news of the revival.

“I don’t know anything about it,” she told Us Weekly. “Literally, Mark-Paul and I were like, ‘Oh, wow! I didn’t know that was happening.’ But it seems like everyone is doing a reboot, these days. It’s, like, popular, I guess.”

And while neither was approached about joining the update, the “Alexa and Katie” star made it clear she’s not going to be a part of it in any capacity.

“Mark-Paul and I both have different shows. We’re not a part of it. It has nothing to do with us,” she added.

From the cast, show creators, to the fans, to @nbc, yesterday was so much seeing everyone celebrate by sharing and reminiscing about how much we love 💗 this show! Happy 30 years “Saved by the Bell”! 🎉 #savedbythebell #nbc #sbtbnow #sbtb

Thiessen admits she personally isn’t a fan of reboots, but believes the program will be hit with fans.

“I’m a girl that likes the originals. But that’s me, though. I’m nostalgic that way,” the mother of two continued. “But I’m sure people are going to be excited about it. It seems almost popular to redo a show.”

Meanwhile, Gosselaar’s busy schedule starring on ABC’s “black-ish” spin-off “Mixed-ish,” isn’t the only thing keeping him from being on the series as he had no clue it was actually moving into production.

“I read it in the trades just like everybody else this morning,” the 45-year-old told Variety. “Honestly, I was never approached. I woke up to the news this morning with a kind of ‘Huh’ response.”

“Saved by the Bell’ without Kelly and Zack just ain’t right!

In the upcoming reboot, Gosselaar’s character is now the Governor of California and gets into hot water for closing too many low-income schools. To try to turn things around, he initiates sending low-income students to high performing schools, such as his alma mater, Bayside High.

If Gosselaar doesn’t reprise his role, it’s unclear who will step in to play the part.

Peacock is set to premiere in April 2020.