NEW YORK (1010 WINS) -- Late-night talk show hosts have never been too kind to former president Donald Trump, and as they welcomed Joe Biden as the new commander-in-chief and recapped Wednesday's inauguration, they took the opportunity for a few jabs during their broadcasts.

“I have zero gloat in me, there’s no end-zone dance here — what I feel is enormous relief,” Stephen Colbert said. “Watching the inauguration today, I recognized just how worried I’ve been for my country. But we’ve all been too deep in it for the last four years to truly realize what we were deeply in — it’s like we’ve been on a ship at storm for four years, and we just stepped onto dry land.”

Seth Meyers described the inauguration as, "Oh, that’s what it feels like when you’re not grinding your teeth all the time. I’d forgotten."

“It was a bright, sunny day in Washington, and now we have a president who knows not to stare directly into the sun,” joked Jimmy Fallon.

Jimmy Kimmel said, "I don't know about America yet, but I feel great again. Today this country showed the world that there is no My Pillow large enough to smother our democracy." 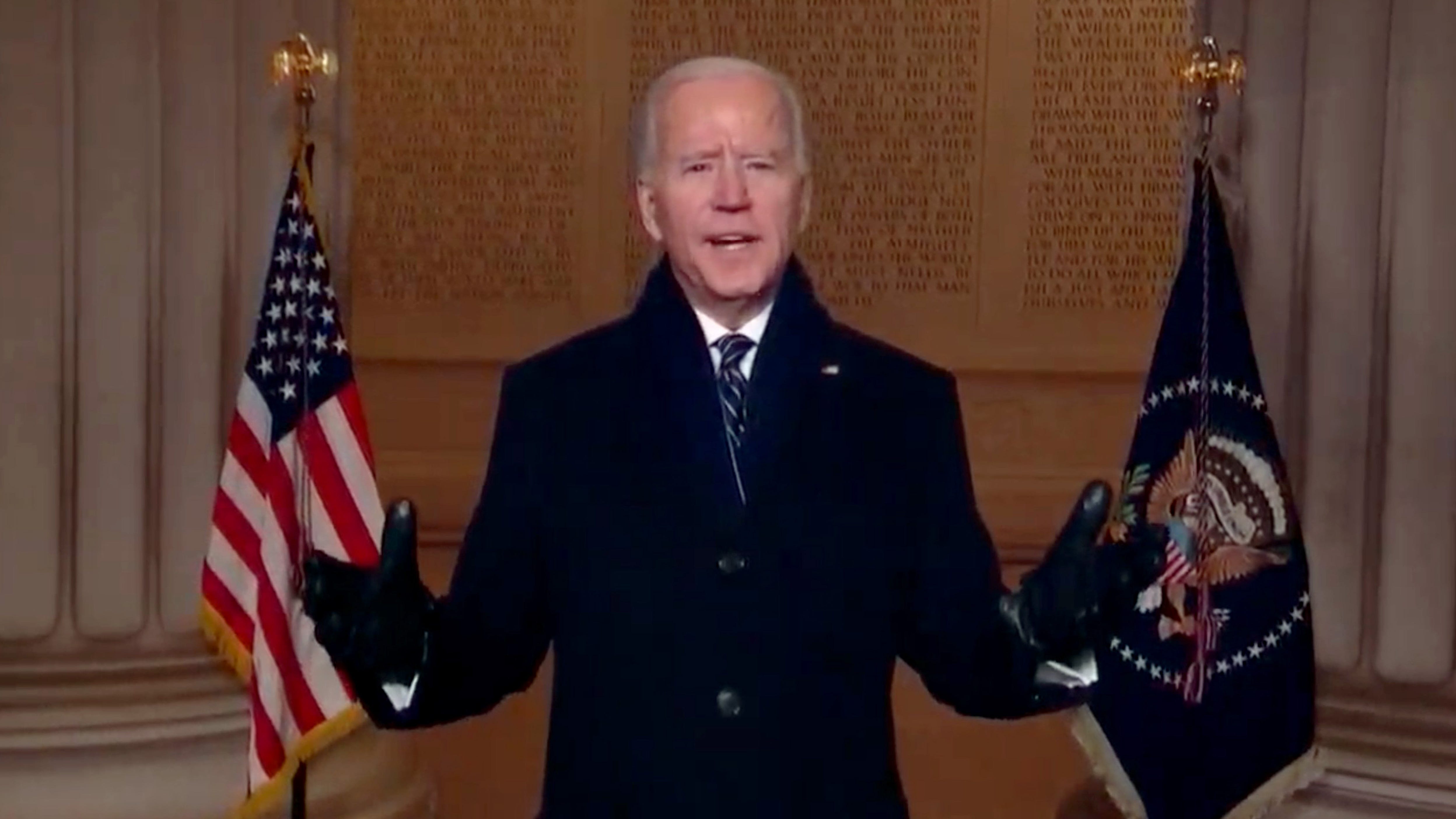