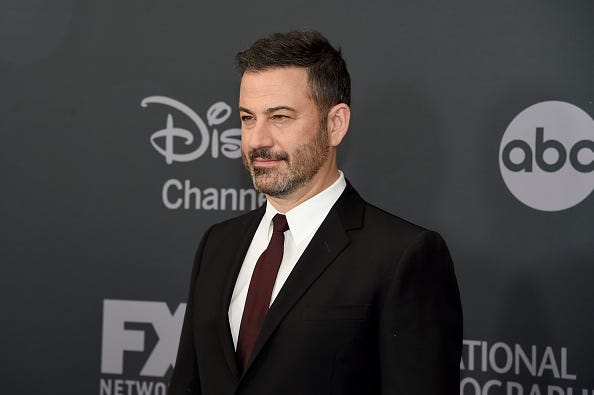 We’ve all crossed a celebrity wax figure that looks so realistic that if set up in normal office places would cause quite a scare.

The wax replica will be added to Madame Tussauds in Hollywood as part of the “Jimmy Kimmel Live Experience” on Tuesday, but before it goes on display, the late-night show used it to play a prank on his employees and co-workers.

"We decided to have a 'Jimmy Kimmel Experience' here, at our show," he said during Monday’s episode. "We brought wax me into our office and we put it in strange places around the building to surprise my co-workers—with special emphases on my cousin Micki."

The wax figure was posted up in front of elevators, in the reception area, and even in some offices, and it received the intended reaction – plenty of jumps and shrieks as employees were caught off-guard.

"Oh, my god that shared the sh– out of me," one co-worker yelled as they walked past.

The Jimmy wax figure specifically haunted the host’s cousin, who was convinced she was being haunted after encountering it in almost every space she walked into.

When the wax figure ambushed her in the kitchen, she can be heard screaming, "Oh, my god, I love him but he keeps scaring me,” but the real scare happened when the was figure was waiting for her in her office.

"Oh, my god, he's gonna give me a heart attack,” she said as she got closer to examine the detailing.

Jimmy goes in for the ultimate scare by stepping in for the wax figure and waiting for Micki, who doesn’t realize that the figure in front of her isn’t wax Jimmy anymore.

When “the wax figure” begins moving, she falls to the ground in fear.

Taking it one step further, Jimmy attempts to convince her that it was him every single time adding, “We don't even have a wax figure."

If you want a good laugh, watch the video below: