Following the release of the promo for the upcoming second season of "The Kelly Clarkson" show, fans can't help but express concern for the host.

In the 40-second video, the "American Idol" singer can be seen wearing an eyepatch over her right eye.

While she doesn’t explain the reason behind the eyepatch, she does briefly address it in the clip by jokingly stating: "Yes, I am in an eye patch. How much more Kelly can I get?"

Further in the video, Kelly assures guest Dennis Quaid that she doesn’t usually “look like a pirate,” to which he replies, "You're the most beautiful pirate I've ever seen."

While it’s an interesting way to drum up buzz about a second season, many fans were alarmed and wondered if it was a fashion statement or if something was wrong with Kelly’s eye.

Several YouTube commenters suggested that Kelly has been suffering from an eye infection.

One Twitter user said some virtual attendees of the show confirmed the eye patch was due to an infection.

A couple of weeks ago, I saw some TKCS virtual attendee mention(s) of the 👁️ patch being worn due to an infection. @kellyclarkson, I'm guessing you didn't have to rock that pirate look for too long, but since then, I hope it got quickly and completely well behind this hazel eye!

The Sun also pointed out that since the show was filmed, Kelly made several appearances including one on "Sunday Today" and another on the "Today" show in which she was eye patch-free, so it seems as though she’s recovered. 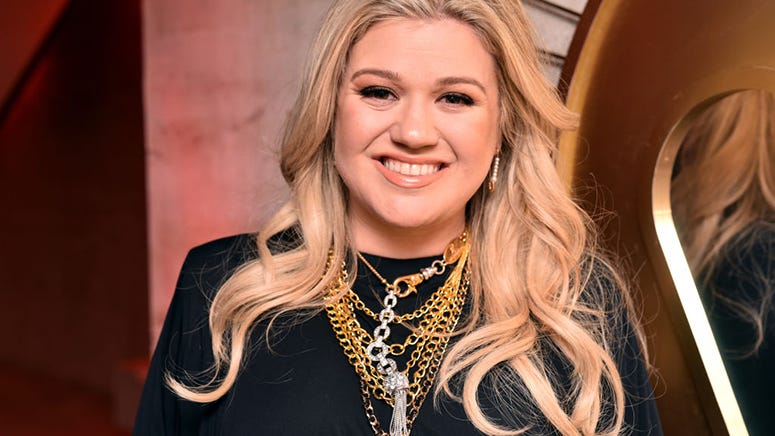 Kelly Clarkson Gets Candid About Divorce: 'The Worst Thing Ever for Everyone Involved'

The second season, which premieres September 21, will feature a live virtual audience instead of a real one due to the coronavirus pandemic.

This allows Kelly to interact with fans while keeping everyone safe! You can submit to be part of the virtual audience right here.