Brett Emmons of the Glorious Sons is as honest a songwriter as there is in rock right now. His raw emotion propelled the band’s two most recent singles – “S.O.S. (Sawed Off Shotgun)” and “Panic Attack” to dizzying heights, and when the band slows things down on their second single in as many months, he makes an emphatic statement about the way he thinks love should work.

“Pink Motel” begins innocently enough with piano and guitar easing in until Emmons begins to make his case for substance over style. He’s angry and hurt, yet tender and loving in the no holds barred ballad.

“There's a voice telling you to be perfect and it's bringing us down,” Emmons sings. “Just let yourself loose in my arms. You can trust my steady hands. Trust me, if we put love first, nothing can be broken.” 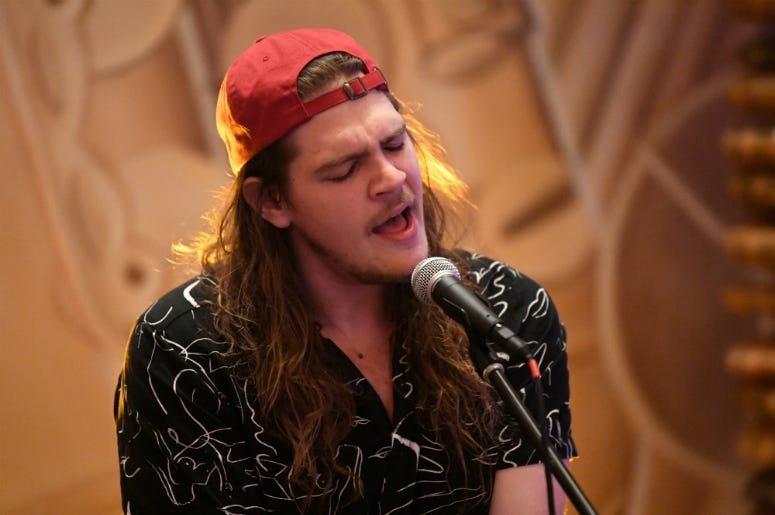 In announcing the new single on social media, Emmons was content to let the lyrics speak for themselves: “Just one big feeling,” he said.

I don’t have much to say about this one. Just one big feeling. Enjoy. Listen to #PinkMotel here: https://t.co/70TFE0Aq7p pic.twitter.com/FaUGtoJ0uP

As the song progresses, the band brings the blues out before launching into a soaring guitar solo that heightens Emmons’ emotions as he gets closer to the point.

“F*** the rain and f*** the expectations you put on everything,” he screams. “Don't wait for me to leave you baby. What do you care about my love? I care about you.”

It’s not your standard paint by numbers rock ballad from a band that demands more attention every time they make a sound, and we will hear more from them on September 13th. They just announced the new album A War on Everything, along with a track listing in the video below.

These are some stories I’ve heard.
Some I’ve lived.
Some we’ve all lived.
I’m not sure how else to describe this album.
Rock and Roll in 2019.

A War On Everything comes out everywhere September 13th, 2019. #AWOE pic.twitter.com/hu259UHNg6