The 1975’s oft-teased next album starts with a change-up. Track #1 is still called “The 1975” like it is on the British band’s first three albums, but it’s not an instrumental like before. Instead, 16-year-old climate change activist Greta Thunberg reads an earnest essay over a quiet backdrop.

“We must acknowledge that we do not have the situation under control and that we don’t have all the solutions yet,” the Swedish teen pleads before ending on a more direct note. “So, everyone out there, it is now time for civil disobedience. It is time to rebel.”

New track from @the1975 out today and I’m in it! So happy to collaborate with these great people. All our income from this track titled The 1975 - which will be the opening track on their upcoming album - will go to #ExtinctionRebellion Time to rebel! https://t.co/Pyk4PNbMDl pic.twitter.com/gYfWHyVSwL

Thunberg asked that proceeds from the track go to Extinction Rebellion.

“I’m grateful to get the opportunity to get my message out to a broad new audience in a new way,” she said in a statement. 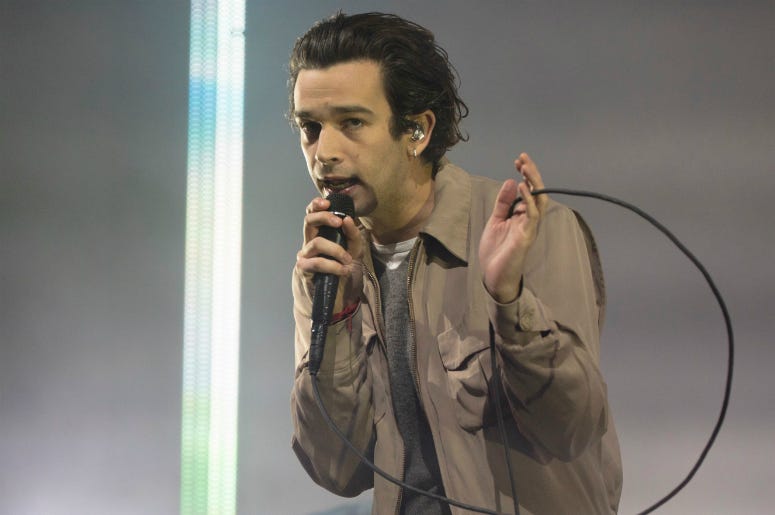 The new “The 1975” is our first taste of the forthcoming album Notes on a Conditional Form. No release date has been announced, but August 17th could be significant - perhaps for the debut of the first single. Earlier this month, a Google search for "The 1975" delivered the result: Saturday, August 17, 2019. See a screenshot here.