If you can’t beat them, then take some of their fun – and maybe money – away, while giving fans something unique to listen to. That’s what Madonna’s longtime collaborator Patrick Leonard had in mind when he shared some unreleased demos from the Like a Prayer sessions.

“The demo of ‘Cherish’ from the day it was written,” Leonard wrote in describing one of the three uploads on his YouTube account. “I hope these posts stop the sale of that cassette at auction. Not cool at all that someone would sell it. Not theirs to sell.” 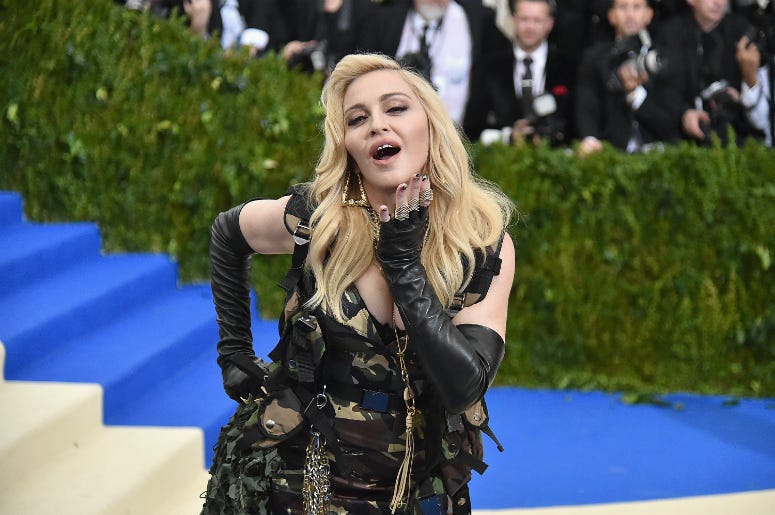 Madonna’s former art advisor, Darlene Lutz, and Gotta Have Rock & Roll are selling dozens of the Material Girl’s former possessions, including those cassette tapes, costumes, and a handwritten letter from Tupac Shakur. Madonna spent two years trying to stop the auction, but an appeals court overturned her injunction last month.

Leonard also shared a demo for “Like a Prayer” and the unreleased track “Angels With Dirty Faces.”

“This demo ‘Angels With Dirty Faces’ and others from Like a Prayer are being auctioned between 7/17-7/22-19,” Leonard wrote. “Here it is for free.”