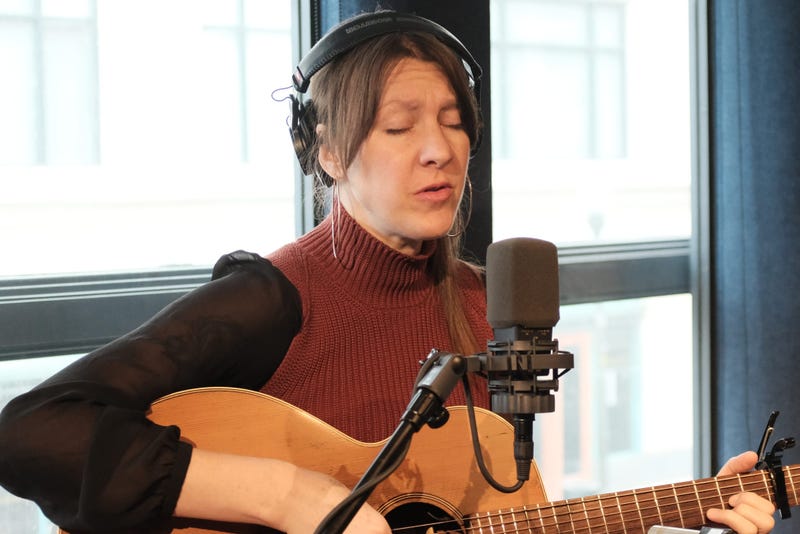 Audra Kubat has built a career out of constructing creative visions and making them happen, and her latest project is a perfect reflection of that.

The singer/songwriter, who is also an instructor at DIME and works with the InsideOut Literary Arts program for youth, is combining her love of music and teaching to create a space in the NW Goldberg neighborhood that will benefit young musicians.

The Detroit House of Music will offer free, informal music education courses for youth in the neighborhood, a "learn-to-own" instrument donation program, and opportunities for young artists to interview and interact with Detroit songwriting professionals in order to hone their craft.

Currently in its renovation stages, the 19th century Victorian house is slated to open this summer, if all construction goes according to plan. In the meantime, Kubat is hosting monthly dinner shows at a sister location in the Cass Corridor to raise money for the project.

She sat down with Pam Rossi on Behind the Mic earlier this month to discuss the Detroit House of Music, which she hopes will inspire Detroiters to invest in the arts and its thriving community.

"When you watch the way that people want to monopolize on Detroit in some way - they want the Detroit shirt or the Detroit hat or the Detroit beer or the Detroit artisan greens," she said. "Let's translate that into the way we support a local art community. I think we can and as the city builds back, we have to be present in that."

Kubat also played three songs from her new record, The Silver and the Salve, which she released back in November during a showcase at the Detroit Institute of Arts' Rivera Court.
Watch her full performance and interview on Behind the Mic with Pam Rossi below, and check out Audra Kubat's website for more of her music and information on the Detroit House of Music.

Behind the Mic with Pam Rossi wsg Audra Kubat

Behind the Mic with Pam Rossi wsg Audra Kubat