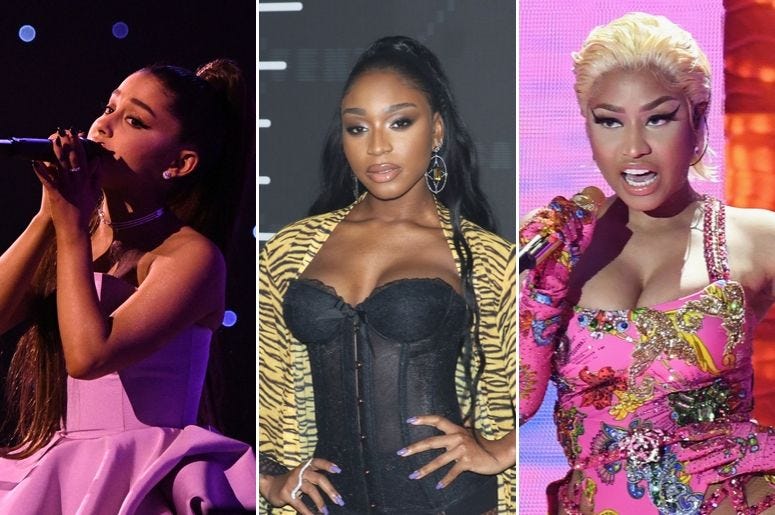 It turns out “Don’t Call Me Angel” was just the appetizer for a packed soundtrack to the rebooted version of Charlie’s Angels.

Ariana Grande, Miley Cyrus, and Lana Del Rey joined forces on the first taste from the project released last month, but now we have the full tracklist for the album, which is executive produced by the “thank u, next” singer. Grande brings together some powerful women, from Chaka Khan to Danielle Bradbery, and a few massive collaborations.

The biggest might be the combination of Grande with Normani and Nicki Minaj, who come together for the track, “Bad To You.” It’s the first official collaboration for all three, with Ariana previously co-writing “Motivation” and touring with Normani, and jumping on several songs with Minaj.

Grande also duets with friend Victoria Monét, and offers up a solo song called, “How I Look On You.”

In total, Ariana appears on 5 of the 11 cuts on the soundtrack that arrives on November 1. Charlie’s Angels stars Kristen Stewart, Naomi Scott and Ella Balinska and is written and directed by Elizabeth Banks. The film is in theaters on November 15