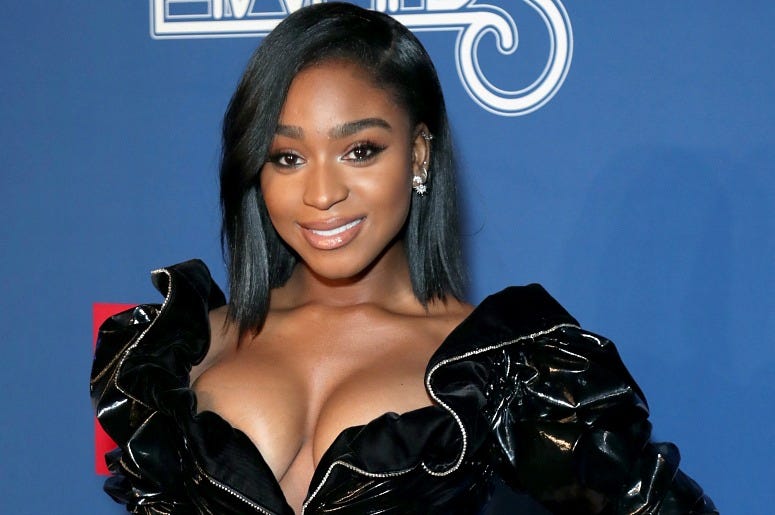 Earlier this month, Normani kicked off her solo era, dropping the infectious bop “Motivation.” The song came complete with a vibrant video, paying tribute to some classic clips with some next level dancing.

As the former Fifth Harmony singer makes her way through the set inspired by J.Lo and Ja Rule’s “I’m Real” video, she shows off an amazing pirouette as a basketball flies through the air. Normani seamlessly bounces the ball of her knee, slithers a quick sexy move, and then bounces the ball off of her rear end as an exclamation point.

The whole thing is incredible with a black belt degree of difficulty, but it hasn’t stopped people from trying to replicate the move. And so, the #MotivationChallenge was born, as fans attempt and mostly fail to pull it off.

It was not with a basketball but I hope you do not disregard! I love you forever my light, you're doing so well! @normani ( my friend has not recorded so well, sorry!! 💙) 🌠💜🌟💜 #MotivationChallenge pic.twitter.com/GXxof3cVgm

Normani first teased new music earlier this month, telling RADIO.COM station B96 about plans to drop something at the beginning of August during an interview at Lollapalooza. The singer is currently on the Sweenter World Tour with Ariana Grande, who helped write “Motivation.”

"She's been so supportive of me," she said of Ariana’s involvement.

Check out the full “Motivation” video below, featuring tributes to Beyoncé, Rihanna, and more.