It’s been a big year for Normani, as the former Fifth Harmony member continues to make a name for herself, but she says she can’t pin down one moment that has stood out.

“It’s a constant. I can’t really choose one particular point where I felt like, ‘wow, this is the moment,’” she told AMP Radio in Los Angeles. “It’s as simple as me having a conversation with, whether it’s Beyoncé or Jay-Z or Rihanna pulling me aside to be like ‘yo, you’re the s***. "

"Just people that I’ve looked up to for such a long time," she continued. "And the fact that I’m able to call Kelly Rowland as a mentor and as a black woman in the industry who has already gone through what I am going through currently times a thousand.” 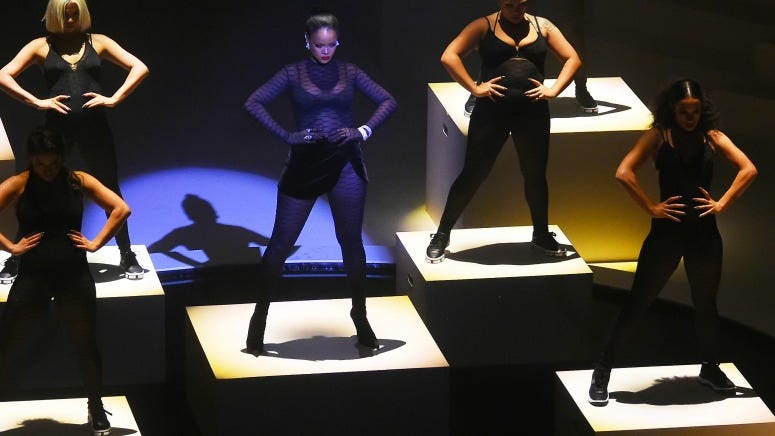 If Normani didn’t know she was able to stand out on her own, she knew after opening for Ariana Grande on her Sweetener tour. The 23-year-old said she learned a lot from the experience, including that her songs meant something to people.

Normani gushed about her experience with Grande, calling her kind, pure and funny. The two co-wrote Normani’s new single “Motivation,” which features a video that tributes Normani's biggest heroes. Hear more about the video, her friendship with Grande, and her A-list mentors in the interview above.