With a supply of seemingly endless titles, it's never been easier to access movies, shows, and documentaries. At the same time, the sheer amount of options can make it difficult to find exactly what you're looking for.

If you're in the mood for a music documentary, there's a lot to choose from on the likes of Netflix, Hulu, Disney+, and Prime Video. 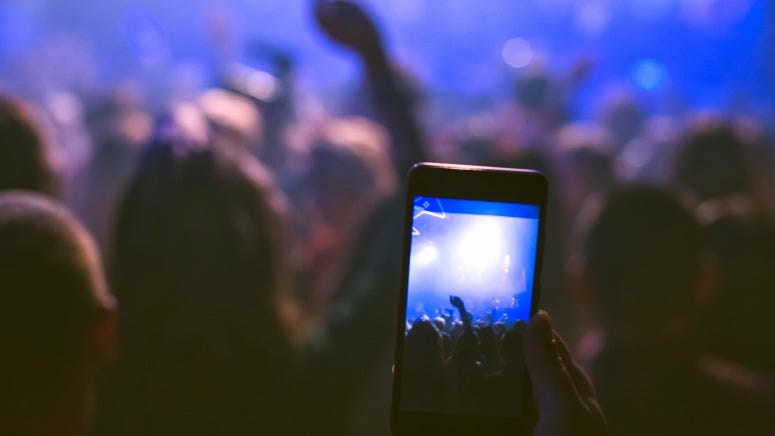 We went through each service and picked out the ten best music documentaries that are now available. Here's what they are, and here's where you can watch them.

Beyoncé made history when she headlined Coachella back in 2018. Get an inside look at her set as the documentary highlights the conception, development, and production of her legendary show.

Sampling is an integral facet of Hip Hop and Sample This documents its history. From the foundations, to the tracks that ensued, the documentary focuses on how one record helped spawn an anthem.

Echo in the Canyon (Netflix)

How is one Los Angeles neighborhood responsible for some of the most impactful and influential music of all time? That’s the topic Echo In The Canyon covers as it focuses on the Laurel Canyon neighborhood, which was a hotbed of musical output in the mid-60’s. Tom Petty, Neil Young, Brian Wilson, and more all make appearances in the film.

The documentary focuses on the events behind Kurt Cobain’s death, but through the eyes of private investigator Tom Grant. Grant was hired by Courtney Love in 1994 to track down Cobain just days before his body was found in their Seattle home.

A fascinating look at the history of country music told by artists as well as photographers who got a first hand look at some of the genre’s biggest stars. Garth Brooks, Roseanne Cash, Merle Haggard, LeAnn Rimes, Kenny Rogers, Keith Urban, and more all appear in the film.

The Beatles: Eight Days A Week: The Touring Years (Hulu)

Directed by Ron Howard, the documentary takes a look at the touring period for The Beatles. The film provides an incredible look into Beatlemania and the absolute chaos that ensued wherever they traveled.

The name Howard Ashman may not ring a bell, but his music definitely does. This documentary provides a deep look into Ashman’s story and how he composed and created some of the most memorable songs from Disney films such as The Little Mermaid, Little Shop of Horrors, Beauty and the Beast, and Aladdin.

Bros: After The Screaming Stops (Hulu)

A truly compelling look at the career of Bros from being one of the biggest bands in the world during the 1980’s, to their demise, and finally to their reconciliation prior to their reunion concert 28 years after breaking up.

Once Were Brothers: Robbie Robertson and The Band (Hulu)

The documentary tells the story of The Band with much of the focus on Robbie Robertson. From Robertson’s young life, to creating the legendary group, and more, the film does a wonderful job highlighting the impact The Band had on music and why they were considered one of the greatest groups of their time.

Lady Gaga had an incredibly eventful period of her life between 2016-2017 as she released her fifth studio album Joanne and performed at the Super Bowl LI halftime show. This documentary gives viewers an incredible behind-the-scenes look at Lady Gaga during this time.