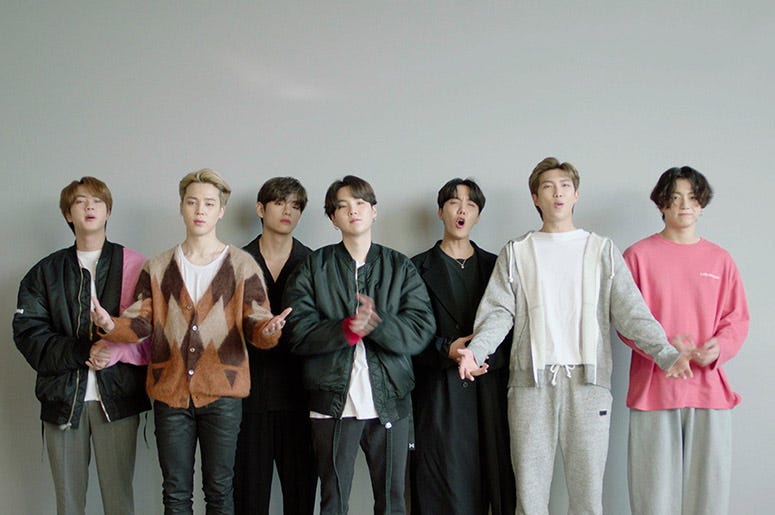 BTS sure knows how to build the suspense, leading up to their "Life Goes On" music video premiere, this Friday.

The K-Pop sensations teased a 26-second clip snippet featuring the crew gathered around a bon fire with slow motion embers and laughs dancing into the night sky. A quick cut leads to boys huddled snug in their jammie jams, staring intently at a glowing monitor. What are they looking at? We can only assume the awesomeness of “Life Goes On.”

Jungkook, the band’s youngest member, plays director for the group’s full-length music video. It’s the title track for Big Hit Entertainment group’s latest album BE, set to drop November 20. In a recent press release, BTS promise this latest release will be a source of healing among such contentious times in the world. “The new album delivers a message of healing to the world by declaring, 'Even in the face of this new normality, our life goes on.’”

But this isn’t the only Army event that has fans in a tizzy. BTS is also set to debut “Life Goes On” at the 2020 American Music Awards, this Sunday.

Despite the cache of good news, the group will face challenges in the months ahead. It was revealed last week that SUGA (Min Yoongi) will undergo surgery for an ongoing shoulder problem, leaving him out of further promotions for BE. He’s been receiving rehabilitation treatment for years, but the group ultimately decided SUGA should receive surgery in preparation for his mandatory military service, as well as his future career.