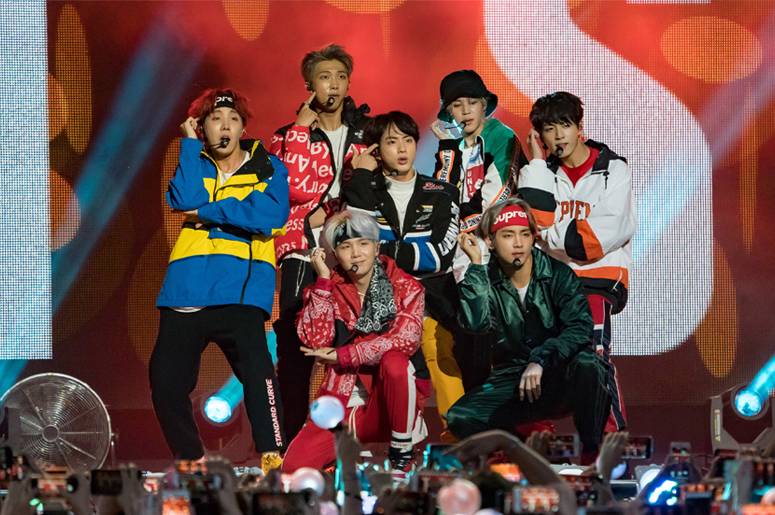 If it seems as though BTS are preparing for world domination, it’s because they are. Thanks in part to their crazy talent, as well as their savagely loyal BTS ARMY.

Currently their new album BE, is climbing the Billboard 200 charts, making it’s way to that No. 1 spot. And while worldwide success and fame is great, the boys of BTS; Jin, Suga, J-Hope, RM, Jimin, V, and Jungkook, recently sat down with Esquire to share the one thing that would complete their K-pop invasion into the US.

"We would like to be nominated and possibly get an award," RM said, referring to the GRAMMYs, which they’ve previously been nominated for once before. He continued, ”I think the GRAMMYs are the last part, like the final part of the whole American journey. So yeah, we’ll see.”

With GRAMMY dreams still ahead, the amount they’ve already accomplished isn’t the least bit lost on the band. "When I dreamed of becoming an artist, I listened to pop and watched all the awards shows in the United States. Being successful and being a hit in the U. S. is, of course, such an honor as an artist," Suga says. "I feel very proud of that.”

Although their fan base is undeniably massive, I mean… they’ve dubbed themselves ARMY after all, the boys of BTS do realize that their journey into the American spotlight hasn’t been everyone's cup of tea, and they’re okay with it.

"You can’t always be comfortable, and I think it’s all part of life," Suga says. "Honestly, we are not used to getting a ton of respect from when we first started out. But I think that gradually changes, whether it be in the States or other parts of the world, as we do more and more.”

Speaking of people who really love them, ARMY goes hard for their boys, and BTS returns the favor.

"We and our ARMY are always charging each other’s batteries," RM says. "When we feel exhausted, when we hear the news all over the world, the tutoring programs, and donations, and every good thing, we feel responsible for all of this. We’ve got to be greater; we’ve got to be better. All those behaviors always influence us to be better people, before all this music and artist stuff.”

While the boys patiently wait for those GRAMMY nomination announcements, they’ve been keeping themselves busy. Recently appearing on Good Morning America to promote and perform their latest single, "Life Goes On.” Check out their performance below, and their entire interview with Esquire here.