Chrissy Teigen celebrated the season finale of “The Voice” by cooking dinner for show coaches Gwen Stefani and Blake Shelton.

The supermodel, 35, chronicled the hilarious cooking fiasco to her Instagram story, explaining that her husband, John Legend, called her last minute and asked her to host dinner.

Legend, 41, works alongside Stefani and Shelton as co-coaches of “The Voice,” which just ended the show’s 19th season on Tuesday night.

“OK, it’s the finale of ‘The Voice.’ I can’t even watch it. John’s filming it right now, and it’s not even on,” Teigen told her 33.4 million Instagram followers before laughing, according to TODAY.

"And then we’re like, ‘It’s kind of a big deal to make dinner for Gwen and Blake. It’s a big deal.' So, now we have just an entire fire pit going,” Teigen continued.

Teigen prepared the meal with her mother, Vilailuck Teigen, who appeared to be working hard to get a fire started in the background of her posts. In another post, Teigen's mom proudly appeared next to a table covered with the lavish meal that included chicken satay, shrimp, and fried rice. 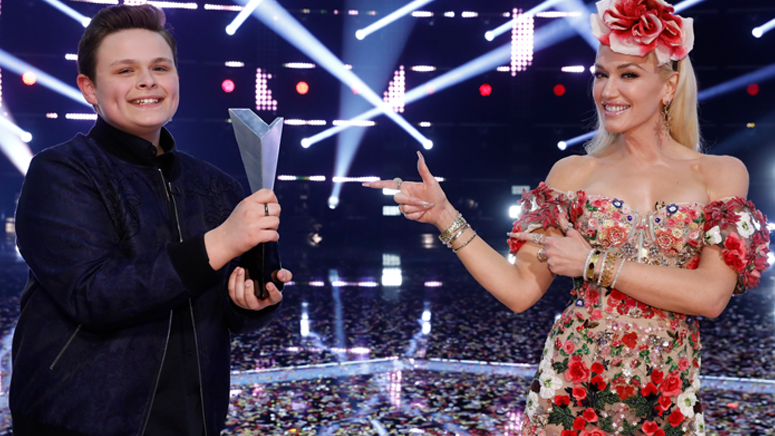 The amateur chef and cookbook author reflected on the debacle on her Twitter page, claiming that she had no idea that the season finale of her husband’s hit competition tv-show was even airing.

“I didn’t know tonight was the voice finale," she wrote. "John invited everyone to dinner at the house after and I’m really f------ mad because I didn’t make a f------ FINALE meal. I would have gotten a cake or something too?? Who the f--- does this? U don’t win the voice then eat short ribs.”

News of the last minute hosting duties come as Teigen's mother plans to launch her very own cookbook titled "The Pepper Thai Cookbook."