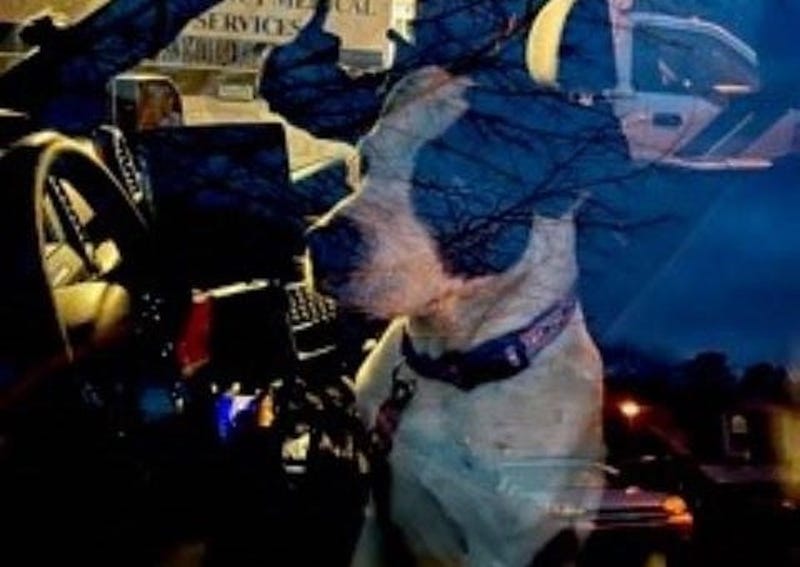 MANCHESTER, N.J. (1010 WINS) -- A missing 78-year-old man’s dog helped lead an off-duty officer to him after the man crashed his car in a wooded area of New Jersey and an hours-long, overnight search proved unsuccessful, police said.

The “exhausting nine-hour search” for Fred Rapp at the 251-acre Crossley Preserve unfolded last Friday night, according to the Manchester Police Department.

Rapp’s daughter told police she had last seen her father in Lacey Township around 4:30 p.m. Friday.

Police were able to use GPS to track Rapp’s cell phone to a wooded area along State Highway 37, spanning Toms River and Berkeley Township.

They used a Humvee, drone and a newly acquired ATV to search for him Friday night but were unsuccessful.

At some point late Friday or early Saturday, off-duty Manchester Sgt. Charles Brooks was hunting in the area when he came across a dog that turned out to be Rapp’s pet, Petie.

Brooks, assuming the dog had wandered from its owner, followed the dog’s paw prints for several hundred yards, where he found Rapp sometime before 5:45 a.m. Rapp told Brooks he had crashed his car and didn't know where he was.

Brooks took Rapp to an open area, where he was picked up by police and taken to a medical center for evaluation and treatment.

“This situation highlights the fact that a police officer is a police officer 24/7,” the police department wrote on Facebook. “We are truly fortunate that Sgt. Brooks was in the right place at the right time because without his help there is no telling how this story would have ended.”