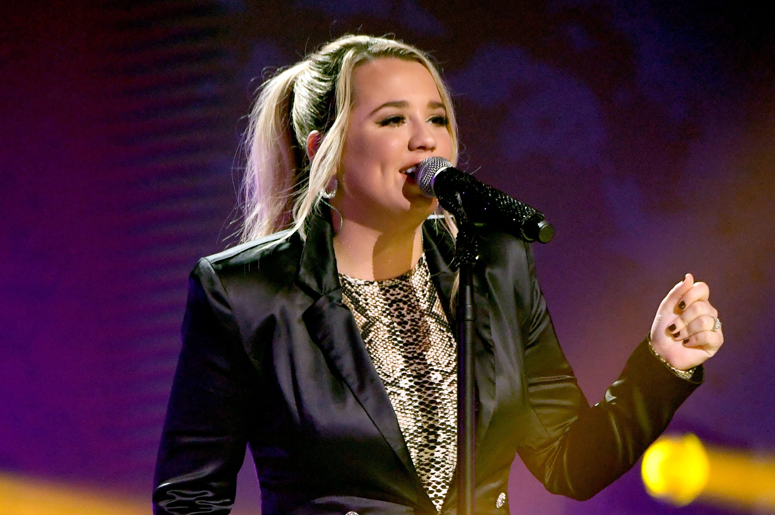 The thought of performing at the 2020 CMA Awards has Gabby Barrett feeling all kinds of nervous. And no, it’s not butterflies in her belly that are leading her to feel this way. But rather her baby girl, as Gabby is in her third trimester, and expecting her daughter’s arrival in early 2021 with husband Cade Foehner.

Barrett admitted that the anticipation of performing so far along in her pregnancy has her a little nervous."Hopefully it all goes well. I'm having a hard time breathing, being in the third trimester, and baby just crushing your diaphragm — you know, all the good things!" she adds with a laugh. "But I'm really excited and I think it's gonna come together really well.”

The former American Idol contestant is set to take the stage and perform her hit debut single, "I Hope," alongside Charlie Puth, for the very first time. Which also has the Country starlet a bit unsure, when asked about the details of the performance at a recent virtual media event, Barrett replied with, “your guess is as good as mine on all that!” Barrett and Puth, who remixed the song in April, began their collaboration virtually when the two began chatting on Instagram, so they've never actually shared a stage, or even met.

Even with the jitters, something tells us Gabby will be just fine. Besides the fact that she’s been performing since she was just 11 years old, Barrett's spot on the CMAs stage is a specific dream come true. Rewind to last year’s 2019 CMA Awards, Gabby expressed, "to be nominated for a CMA Award next year would be cool, or to perform,” adding, “seriously, that is one of my goals for next year, though.”

Well, Gabby, mission accomplished, looks like you can check this one off your list. Can’t wait to watch!