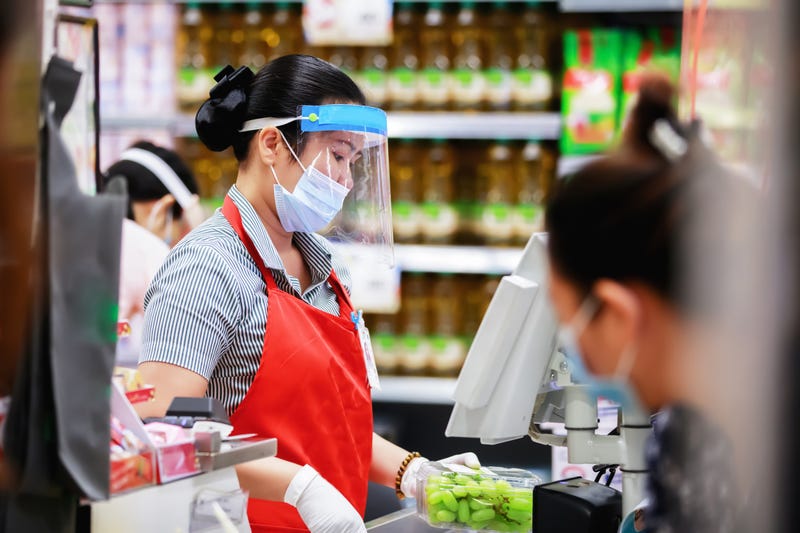 NEW YORK (WCBS 880) -- Those who work in the retail and food industries are considered essential frontline workers, but new numbers suggest they don’t make nearly enough money nine months into the pandemic.

Hazard pay for frontline workers in the retail and food industries is less common than it was in March and April.

NJ.com reports that Amazon, with its 40,000 Garden State workers, ended a $2-per-hour bonus in June.

ShopRite was doing the same thing then reduced it to $1 per hour. The bonus was over by August.

The United Food and Workers International Union said 23 of these frontline workers in New Jersey have died of COVID, with another 1,500 infected or exposed.

A new report by the Brookings Institution said it’s happening even as the retail industry is booming. Thirteen retail companies they studied saw profits rise by nearly 40% this year, with those companies using a lot of the money to reinvest in their own stock. Hazard pay for all of the companies was over by June.

Of the companies in the study, only four—Costco, Amazon, Target and Best Buy—have starting wages of $15 per hour.