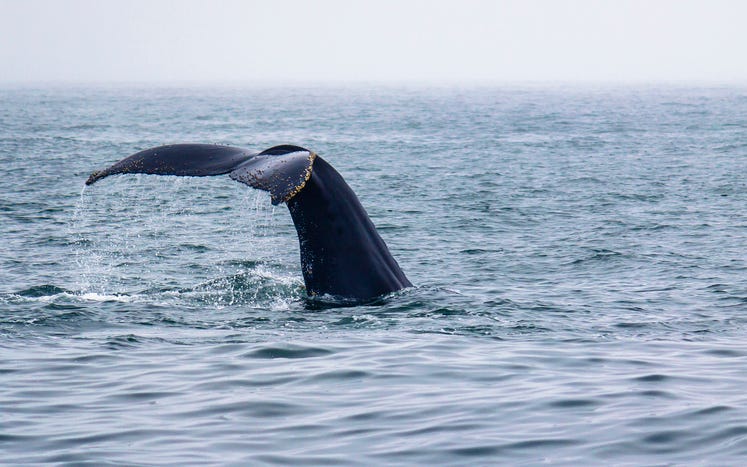 NEW YORK (WCBS 880) — A humpback whale was spotted on video swimming in the Hudson River near midtown on Monday.

Twitter user Andres Javier recorded video of the massive mammal breaching the surface near Pier 84 at around 4 p.m. The clip shows the whale was near the Intrepid Sea, Air and Space Museum.

Footage shows the whale shooting water from its blowhole before heading back into the water.

for those requesting our 🗽🐋video without the text! pic.twitter.com/DxJF9WuKQQ

“So cool,” Javier wrote of the sighting.

Gotham Whale, a New York-based non-profit that collects data on whales in the Atlantic Ocean, issued a warning to mariners in New York City on Tuesday, telling them to slow down in the water and look out for the humpback whale.

They say the whale likely headed into the river following food.

“We think this whale was in the area due to the abundance of food,” Gotham Whale wrote on Twitter.

The group notes that this is not the first time a whale has been spotted in the waterway.

In 2016, another humpback whale took up residency in the Hudson River for about a week.

The group says the river has an abundance of Menhaden, “the exact fish this whale is feeding on in the Hudson River and surrounding areas.” The fish are commonly called “Bunker.”

If you try googling ‘the most important fish in the sea’, the results show #AtlanticMenhaden - the exact fish this whale is feeding on in the #HudsonRiver and surrounding areas. We call these fish #Bunker and they range in size from peanut bunker to fully grown mature Bunker. pic.twitter.com/5ffaHtcnXX

Gotham Whale says authorities are aware of the whale and will be tracking the movements on the massive mammal during its stay.