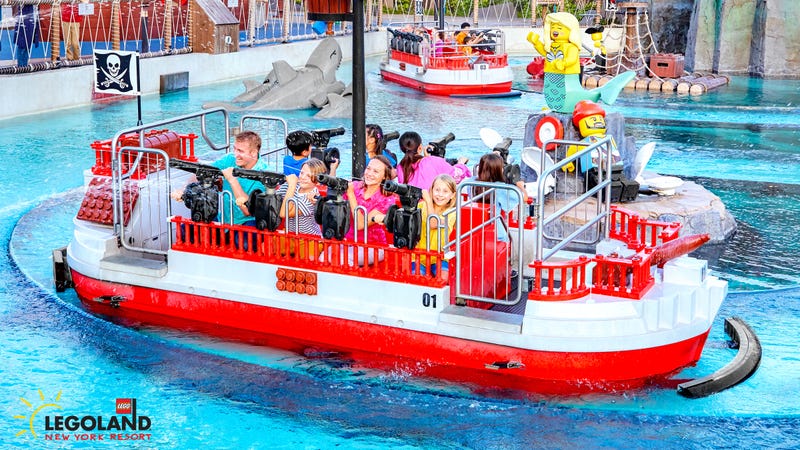 Theme parks are the building blocks of life.

If you're a LEGO lover, today's your lucky day. The toy company announced that they are opening a LEGOLAND resort in Goshen, New York, about two hours north of New York City in the summer of 2020.

LEGOLAND New York Resort will be the ninth LEGOLAND theme park and it will also be the largest. The park will include 150 acres of more than 50 rides and attractions.

The theme park officially opens on July 4, 2020. Scroll through the photos of whimsical family fun below to hold you over till the grand opening next year. 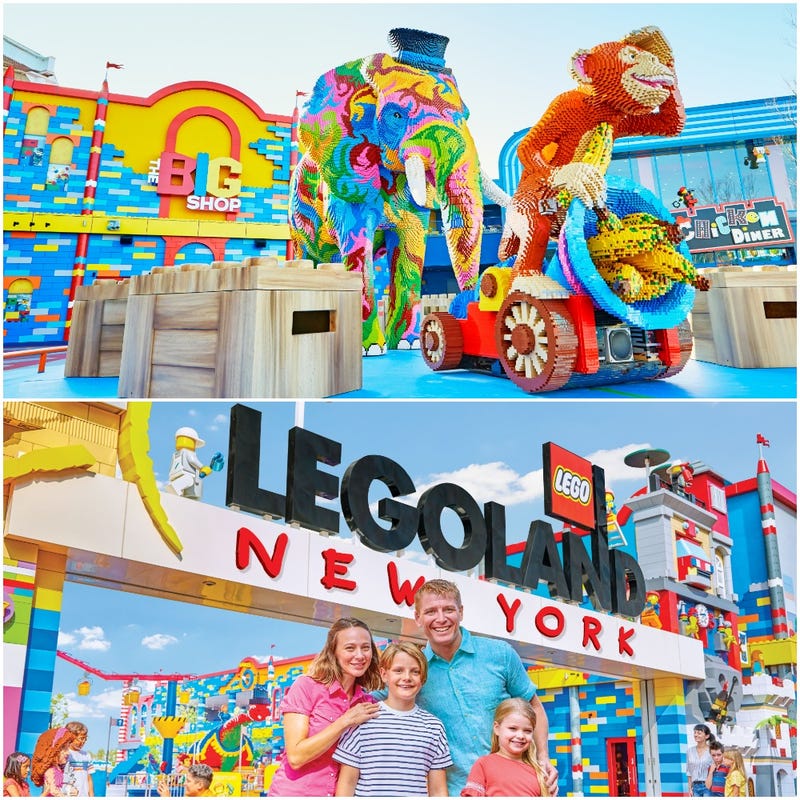 Once you step foot into the park, you’ll be in The Factory. This is the first section that LEGO lovers will see. It’s where the Great LEGO Adventure ride will be and will give kids a chance to see the manufacturing process into a box and into the hands of a toy’s new owner. 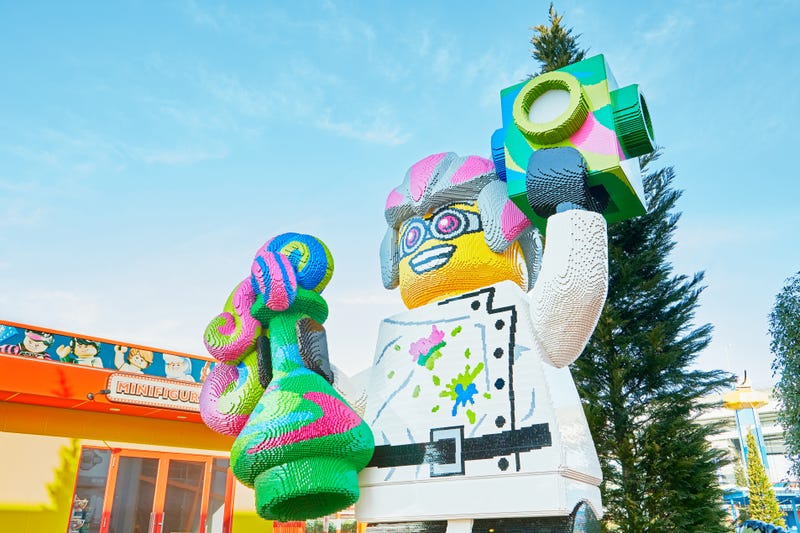 Bricktopia is where kids will work with the Master Model Builders to construct their own LEGO creations. An Earthquake Table will determine how sturdy their LEGO towers are. This area will also have an Imagination Celebration ride and a Stepping Tones attraction that will trigger LEGO instruments. 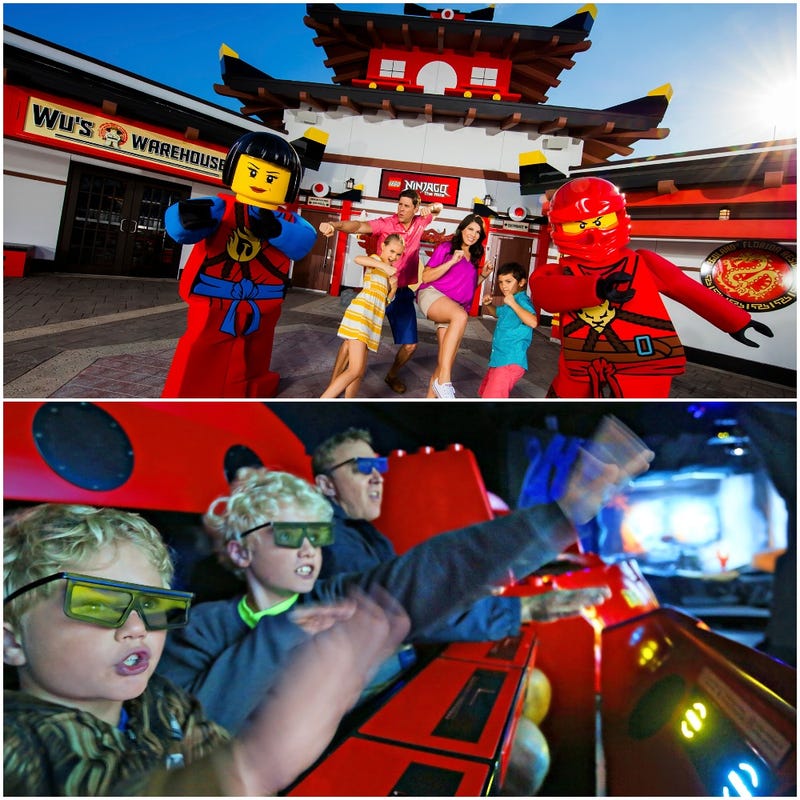 Here’s your chance to go to a training camp where you can learn the ancient art of Spinjitzu. After the training is complete, you can test your skills on NINJAGO: The Ride. 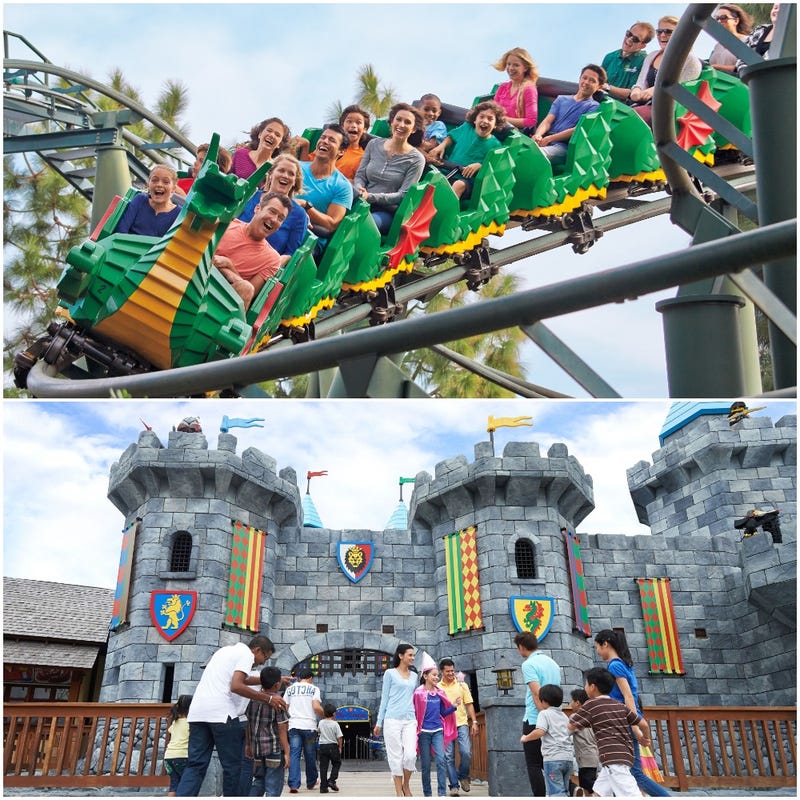 In Heartlake City you’ll get to visit LEGO Friends Emma, Olivia, Stephanie, Andrea and Mia. Heartlake City is the home of the Dragon Coaster and LEGO Castle. 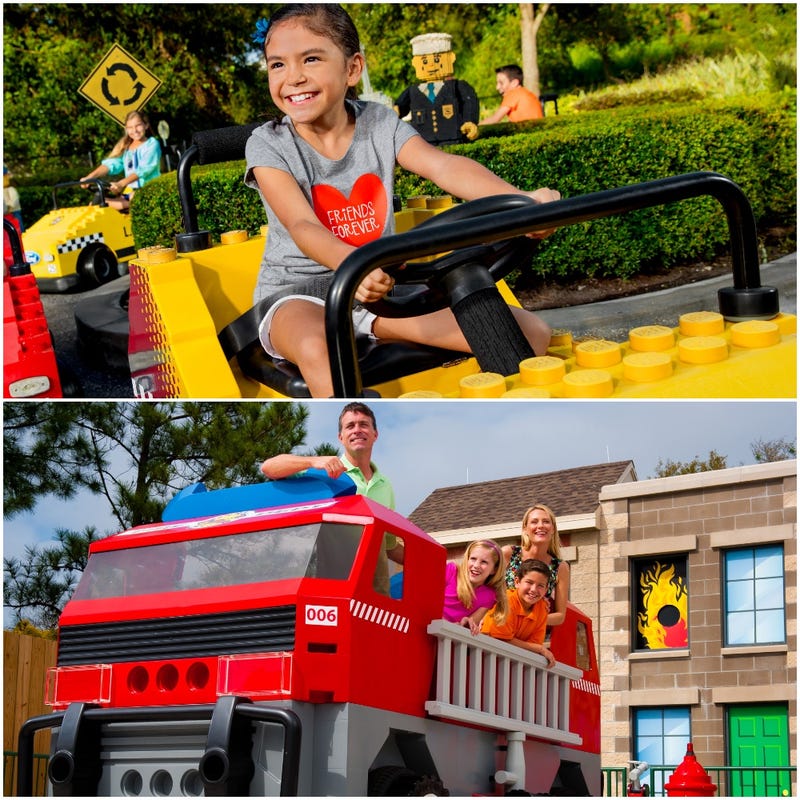 Want to learn more about careers? A Rescue Academy will show kids how to be a LEGO City firefighter. At the driving school, kids can get their official LEGOLAND driver’s license. 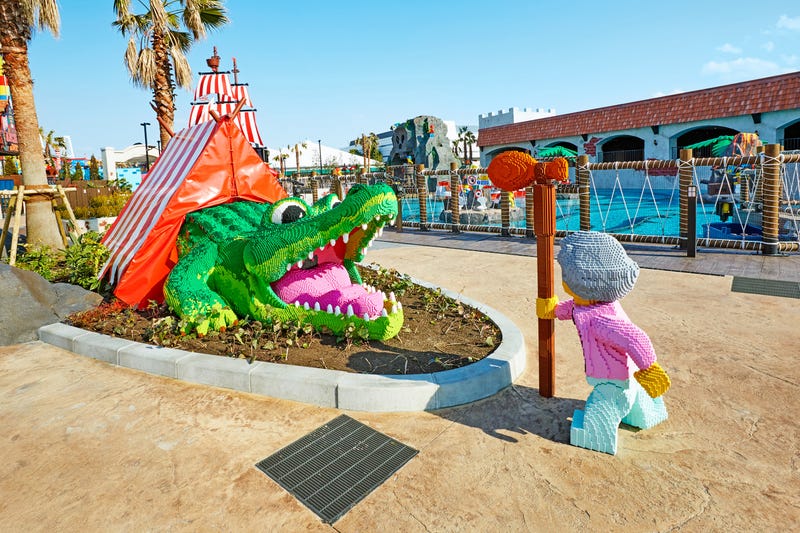 Argh Matey! Batten down the hatches as you visit Pirates Shore and ride the Rogue Wave Riders. Sail from salty ocean waters to a quiet coastal village for a swashbuckling quest for gold. 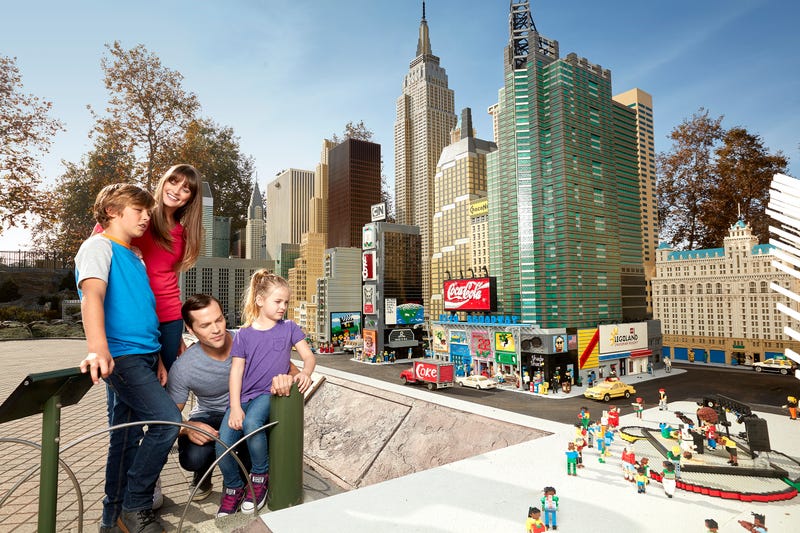 Here's your chance to see interactive LEGO figures in the shape of structures from cities around the United States. The LEGOLAND New York public relations manager Matt Besterman said "You can go from the Statue of Liberty to Times Square in 30 seconds."