The colorful new drink will remind customers of a midnight constellation with a twisted swirl of blue raspberry and purple blackberry slushy.

“The Midnight Berry Freeze was made for moments with friends by your side and no destination in mind,” Taco Bell said on its website.

“Checking out the cityscape is one thing.  If you want an escape that’s truly next level, you’ve got to go Midnight Berry Freeze stargazing.  It’s about as out-of-this-world as you can get without actually leaving the planet.” 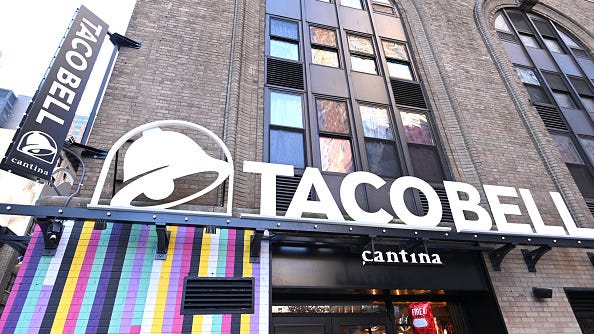 The new menu option only costs $2.79 at participating locations.

Don’t wait to stop by your nearest Taco Bell.  Customers will only be able to enjoy the beverage for a limited time.

Earlier this month, Taco Bell announced that the company was relaunching the highly-missed Nacho Fries for the holidays.

"In a year as difficult and uncertain as this one was, we know that consumers crave the comforts they love most," Taco Bell brand head Nikki Lawson said. "That's why we're excited to bring back Nacho Fries for our passionate fans to close out this year and kick off 2021 positively and deliciously."