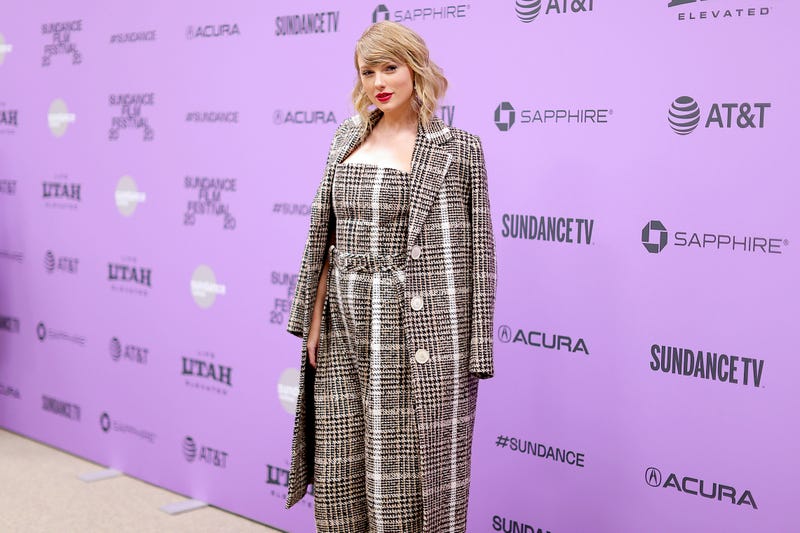 Taylor Swift and Rainn Wilson are Twitter friends now and the friendship began over a gif from The Office… of course.

The story unfolds after Taylor responded to an incredible review from SPIN of her latest surprise album evermore. Swift Tweeted back a GIF of The Office’s Dwight Schrute, played by Wilson, where he is sobbing through the words “thank you.”

Rainn quickly caught the viral Twitter exchange between Swift and SPIN and retweeted Taylor’s GIF jokingly writing something that sounded reminiscent of a line from Dwight, "I do not know who this is. Inventor of the Swiffer?"

I do not know who this is. Inventor of the Swiffer? https://t.co/ezykLDUMm1

Taylor was quick to fire back with the perfect GIF of Jim, played by John Krasinski, where he says, “touche” while shaking his head.

Taylor is no stranger to the hit NBC sitcom. She has been a fan since the early days. Swift even created a parody of the Scranton-based office for a clip that goes along with her “Ours” music video.

During the parody characters gossip about Taylor in the confessional style interviews that we are accustomed to seeing Jim and Pam in while sharing wild stories about Michael Scott.

This is not the first time Rainn/Dwight has confused popstars. We all remember Justice Beaver.