Page Six exclusively reports that the “Real Housewives of New Jersey” reality star is in a new relationship.

The relationship comes just two months after she finalized her divorce from ex-husband, Joe Giudice, who is living in Italy after being deported while serving his 41-month sentence for mail, wire, and bankruptcy fraud.

Ruelas, a 20-year veteran in the digital marketing space, is the co-founder of Digital Media Solutions.

“The relationship is very new, but both are very happy,” the source said of Teresa and the 46-year-old single father of two.

According to his company profile, Ruelas is also a philanthropist who spends a lot of time advocating and raising money for charitable programs for children with special needs, specifically autism, following his son's diagnosis. 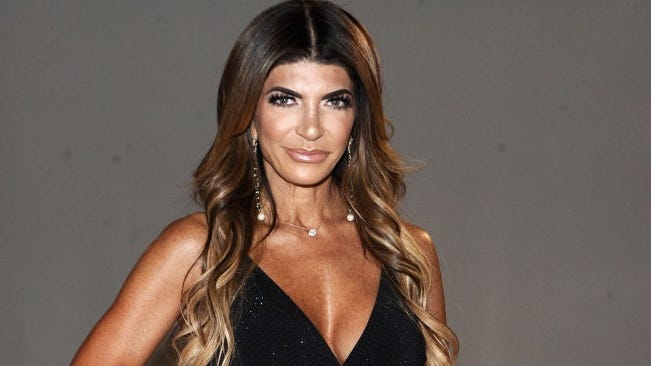 Ruelas and Teresa already made their first public appearance together as they were spotted over the weekend at a football game. An eagle-eyed fan shared a photo of the lovebirds to social media account “deuxmoi,” but Ruelas’ identity was yet to be confirmed at the time of posting.

However, their romance could not overcome the legal troubles, and on December 2019, the high school sweethearts announced that they were officially separating.

Joe has been living in Italy since and also recently shared that he is involved with someone new.

“We’re not really dating,” the 48-year-old told E! News of his love interest, who is an attorney.

“But we’re, like, seeing each other or whatever,” he explained. He also stated that he had no hard feelings towards his ex wife if she begins dating again.

“What’s she going to do, stay alone forever?” he questioned. “That’s not fair, as well. Look, if I would have got out and I would have been able to go home, who knows what would happen? Maybe we’d still be in the same situation, maybe not. I don’t know. Things change after so many years.”

While Teresa cozies up to her new man, Joe has been spending time with his two daughters, Gia and Milania, who are visiting him in his native country, Page Six noted.