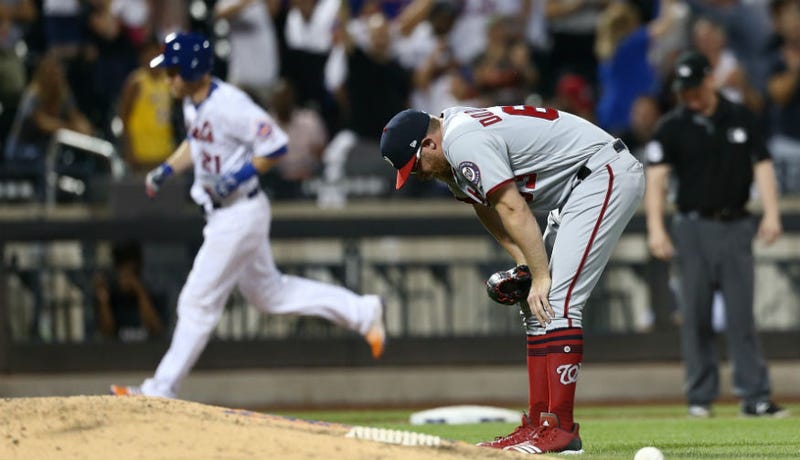 The Washington Nationals held a lead late in the game against the New York Mets and fell after the bullpen couldn't hold it. On the mound, this time was closer Sean Doolittle, on to get the save protecting a 6-3 lead, after the Nats got two in the seventh off an Anthony Rendon home run and one more in the 9th on a wild pitch.

After a double and a single put runners on the corners, Todd Frazier hit a 437-foot home run to left. The game was tied after just nine Doolittle pitches in the bottom of the 9th inning.

"I don’t have a lot of answers right now,” Doolittle said, via The Washington Post. “I’m kind of searching, going over the inning in my head.”

Then, Nationals manager Davey Martinez made the decision to keep his closer in the game. After a single, Doolittle was able to record two outs. But a pair of two-out singles ended the game. Washington fell to 61-54 on the season, clinging to a National League wild card spot, 6.5 games out of first place. The resurgent, resurrected Mets won their seventh in a row, their 14th victory in 15 games. They are now just 1.5 games behind the Nationals.

Martinez said after the loss he never considered removing his closer.

“He’s our closer. That’s what he does,” Martinez told reporters. “It was unfortunate, but come tomorrow, I’ll see how he feels, and he’ll be right back out there.”

Does all of this feel and sound familiar?

Here's Doolittle in Queens in May after allowing a three-run homer in a Nats' defeat. 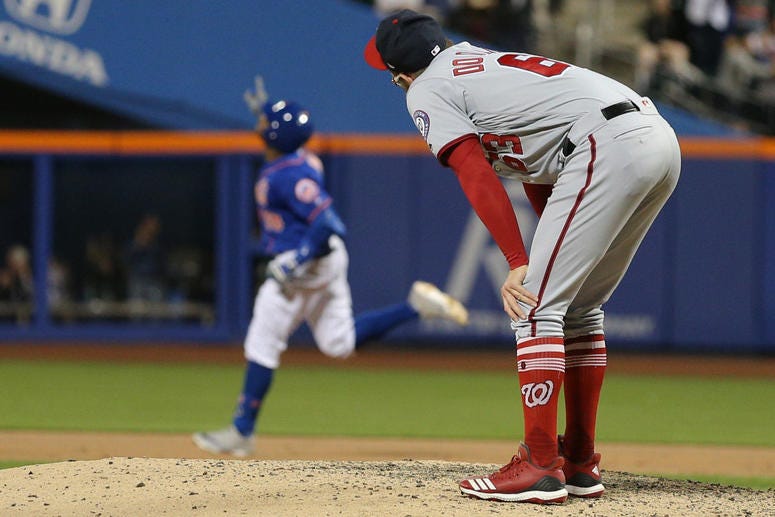 An all too familiar look for Nationals fans this season.

“I’m really frustrated,” Doolittle said back in May. “I’m disgusted with myself. I let the team down and it hurts.”

All too familiar, for Washington fans.

The more the Nationals season changes, the more it really has stayed the same.