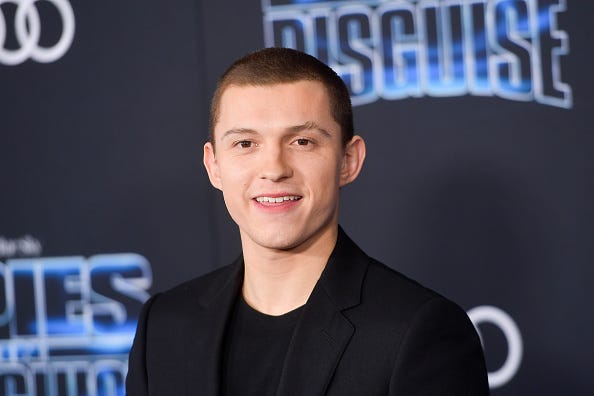 Who do we have to thank for the latest “Spider-Man” movie? Drunk Tom Holland.

The latest installment of “Spider-Man” almost didn’t happen because, as you probably remember, negotiations between Disney and Sony hit a bit of a snag in the summer when both sides failed to come to a mutual agreement.

However, lead actor Tom Holland’s tipsy plea may have been responsible for changing some minds.

“We were at D23 and the news came out and I was obviously devastated,” Holland recalled.

“It was awful. I asked if I could get Bob Iger’s email because I just wanted to say, ‘Thank you, this has been an amazing five years of my life. Thank you for changing my life in the best way and I hope that we can work together in the future.’ I got his email and I sent him the email and he responded very quickly saying he’d want to jump on the phone and asked when I was free.”

Holland continued, “So, two, three days go by and then my family and I went to the pub quiz in our local town. We’re doing a quiz and I’m three pints in, haven’t eaten much, and I get a phone call from an unknown number and I have a feeling. I’m like, ‘I think this is Bob Iger but I’m drunk.’”

So, what’s the logical thing to do in this situation? Pick up, of course!

Holland did just that and told Kimmel he “wept” on the phone at the very thought that “Spider-Man” might be removed from the Marvel Cinematic Universe catalog forever.

“I was really emotional because I felt like it was all coming to an end,” Holland said.

Holland must have been pretty convincing because by September 27, the two film studios came to an agreement that allowed them to share the character for “Spider-Man: Far From Home.”

It’s a good thing too – the film was a box office smash grossing over $1 billion worldwide.

The disagreement is already a thing of the past as the studios plan to release the third “Spider-Man” film in the “Spider-Man: Homecoming” franchise on July 16, 2021.

As part of the deal, Spider-Man will also appear in one more Marvel movie, though it wasn’t revealed which one.

Basically, we call all thank real-life superhero Holland for making the impossible possible.

Watch the moment at the 10-minute mark.