It has been rumored for weeks now that Ed Sheeran’s wife Cherry Seaborn was pregnant, but Ed himself just confirmed that she gave birth to a baby girl last week!

To those not in the know, the name Ed and Cherry chose might seem way out of left field but for those of us in the know, it makes perfect sense. 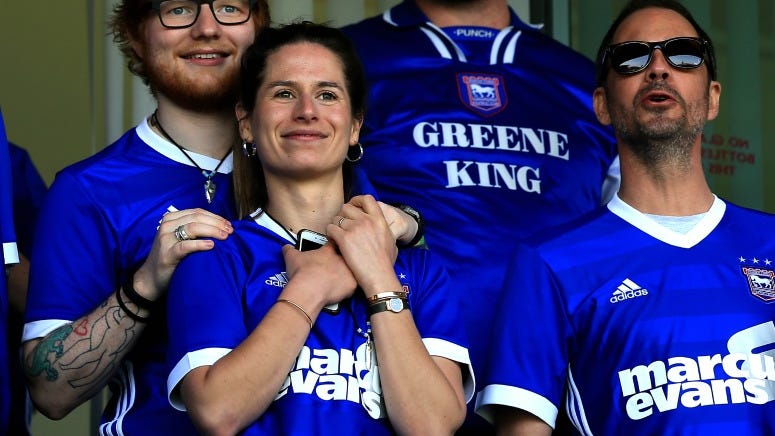 Lyra Belacqua is the main character in the British fantasy series His Dark Materials (it was published as The Northern Lights in the UK) by Philip Pullman. The main trilogy consists of The Golden Compass, The Subtle Knife and The Amber Spyglass and sees Lyra and friend Will Parry adventure through the North (you know, like Antarctica…) and other worlds to save Earth.

But has Ed Sheeran even read these books you ask? Well back in 2015 he tweeted that the books were “the best books he’s ever read”! So it is safe to assume this is exactly where Ed and Cherry got the inspiration from.

When Sheeran made an appearance on Desert Island Discs, he even referred to the series as “the greatest love story ever told” (we’re with you Ed.) In our opinion, Lyra Belacqua is a great character to name a baby after! She is strong, adventurous, caring and she saves the world. What more could you ask for?

Oh, and it just so happens that the BBC adaptation of His Dark Materials starring Lin-Manuel Miranda premiered a little over nine months ago.

We rest our case.

Now we just need to know if Taylor Swift is the godmother!