A Florida boy has died after contracting a brain-eating amoeba while vacationing with his family.

Tanner Wall, 13, was enjoying his summer vacation with his parents at a North Florida campground prior to getting sick.

According to his father, Travis Wall, Tanner started feeling ill after going swimming for two days with friends. His symptoms included nausea, vomiting, headaches and a stiff neck, his dad told News 4 Jax.

The teenager was initially diagnosed with strep throat at Putnam Medical Center, but his parents believed it was something more severe.

ICYMI - The parents of a 13-year-old boy who died after a sudden illness are hoping to make a difference after their son’s tragedy. https://t.co/8Qz7URmYvk

“Finally, I got pretty irate. She was irate at this point," his father said. “I said, ‘You know what? Unhook him. Do whatever you need to do. We will transport him ourselves. I’m standing at the front door. Come outside. We will take him where we have to go.'”

After arriving to UF Health in Gainesville, Tanner was put on a ventilator and given the critical diagnosis.

“They said, ‘We’re sorry to tell you this, but your son does not have bacterial meningitis. He has a parasitic amoeba, and there is no cure,’” his father added.

According to the CDC, Naegleria fowleri is commonly referred to as the “brain-eating amoeba” and can cause a brain infection called primary amebic meningoencephalitis (PAM). The amoeba is commonly found in warm freshwater lakes, rivers and hot springs and can lead to PAM by entering through the nose.

Tanner’s situation turned dire and he had no brain activity. On August 2nd, he died after his family decided to take him off life support.

Now his parents want to warn other families about the brain-eating amoeba. 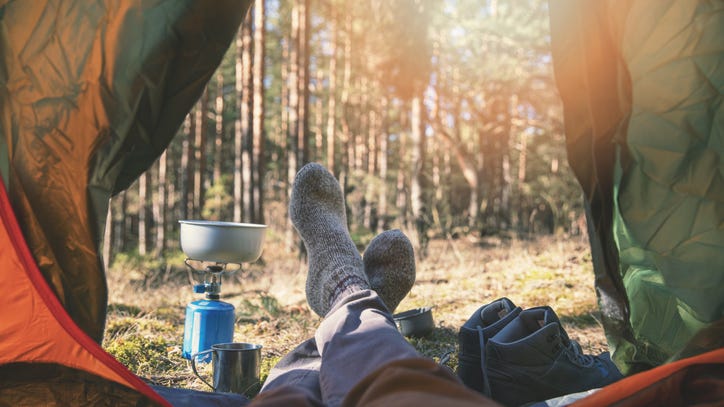 Is It Safe to Go Camping Amid the Coronavirus Pandemic?

“People need to be aware from July to the latter part of September, with the hot waters, that this amoeba, it can come up your nose. It can be diving. It can be swimming, water sports, skiing, things like that,” Mr. Wall said.

“The passing of a loved one is tragic and our condolences are with the family. Our attending physician advised the family that further assessments were needed; however, the recommendations were declined and the family left the facility before a diagnosis was possible,” the statement read, according to News4Jax. “Due to privacy laws, we are unable to discuss further details of the matter.”

music
In the middle of the pandemic Rick Ross says affordable healthcare 'is more necessary than ever.'
sports
Steph Curry explains viral Nate Robinson tweet
sports
NBA Reddit user publishes 42-page statistical analysis in attempt to prove Trae Young deserves more respect
music
Justin Bieber wants as many kids 'as Hailey is wishing to push out'
music
New bill gets BTS out of military service, but for how long?
sports
Steve Young says Ravens-Steelers should not be played without Lamar Jackson