An elderly coronavirus patient made the ultimate sacrifice in order to help someone younger in need.

A 90-year-old woman has died from the virus after turning down a ventilator and instructing healthcare workers to “save it for younger patients,” reported Complex.

After Suzanne Hoylalerts began experiencing shortness of breath and a loss of appetite, her daughter Judith took her to see her doctor in Belgium.

Suzanne was soon hospitalized, tested positive for COVID-19, and placed in isolation.

Suzanne Hoylaerts, 90, sick from #COVID2019 refused the breathing assistance. She told the doctors : "I had a good life, keep it for the younger ones".

She died few days ago.

We will not forget her sacrifice.https://t.co/UH2odgAH5t

With many hospitals around the world reporting a lack of essential equipment, it was then that the elderly woman refused critical care despite having low oxygen concentration levels.

Instead, Suzanne told the medical staff to save the ventilator for younger patients.

"I don't want to use artificial respiration. Save it for younger patients. I already had a good life," she reportedly told doctors.

Suzanne passed away on March 22nd, two days after first being hospitalized.

Her daughter told the Dutch-language newspaper Het Laatste Nieuws that Suzanne had been hospitalized for pneumonia the previous year and had taken the recent lockdown very seriously.

"I can't say goodbye to her, and I don't even have a chance to attend her funeral," Judith said following her mother’s death.

Like Belgium, the United States is in critical need of ventilators. 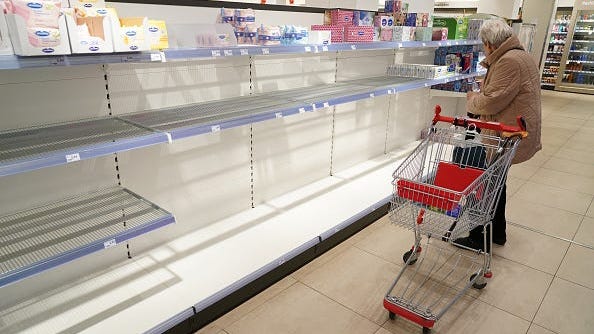 The Society of Critical Care Medicine estimates that 960,000 coronavirus patients in the US may need to be put on ventilators at some point during the outbreak. Currently, there are approximately 200,000 ventilators across the country.

After initially resisting, the President has since invoked the Defense Production Act to get General Motors to prioritize the manufacturing of ventilator equipment.