The three largest movie theater chains in the country have once again delayed reopening.

On Thursday, AMC Theatres announced it wouldn’t be opening its doors to moviegoers until "mid to late August,” reported CNN.

AMC initially hoped to begin a phased reopening on July 15th and be fully operational by July 24th. Last month, they pushed back the date to July 30th.

The postponement comes as studios continue to delay the release of their summer blockbusters.

"This new timing reflects currently expected release dates for much anticipated blockbusters like Warner Bros.' 'Tenet' and Disney's 'Mulan,' as well as release dates for several other new movies," the company said. 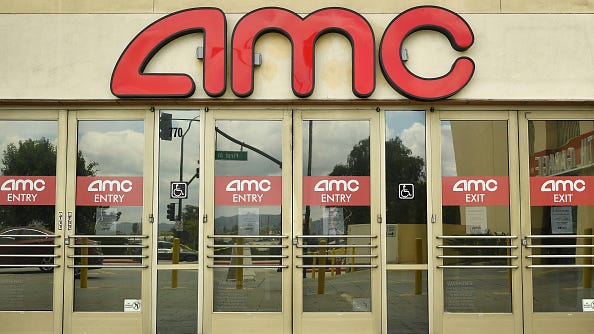 Regal Cinemas and Cinemark have also delayed their reopenings.

While Cinemark, which was scheduled to open this Friday, postponed and did not give a timeline of when it might once again ramp up operations.

“The company continues to evaluate availability of new studios content, status of the virus and local government regulations as it plans for the phased reopening of its U.S. theaters,” a company spokesperson told Spectrum News.

On Thursday, Disney pulled “Mulan” completely off its release schedule, after previously moving its premiere to August 21st.

“Over the last few months, it’s become clear that nothing can be set in stone when it comes to how we release films during this global health crisis, and today that means pausing our release plans for Mulan as we assess how we can most effectively bring this film to audiences around the world," a Disney spokesperson told The Hollywood Reporter.

Earlier in the week, Warner Bros. delayed the release of Christopher Nolan’s thriller “Tenet” for a third time. Originally set to debut on July 17, it was delayed to July 31 and then Aug. 12. The studio said they would announce a new release date “imminently.”

For now, moviegoers will have to satiate their big screen needs by heading to drive-in theaters.