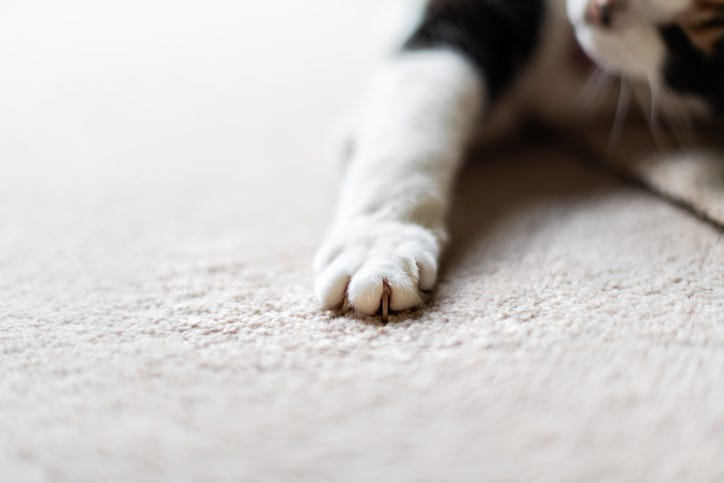 An animal shelter in North Carolina is trying to find a home for the “world’s worst cat.”

The shelter, which is just north of Asheville, North Carolina, is waiving adoption fees on the cat, Perdita, in hopes that someone will take the feline off of their hands as soon as possible.

The Michell County Animal Rescue, Inc. writes on Facebook, “We thought she was sick, turns out she’s just a jerk.” The tongue-in-cheek advertisement for the cat goes on to describe her “jerk”-like behaviors in the caption.

“LIKES: staring into your soul until you feel as if you may never be cheerful again,” the post begins. It goes on to outline some of her other likes including the movie “Pet Cemetery,” jump scares, and “lurking in dark corners.”

Her dislikes? “The color pink, kittens, dogs, children, the Dixie Chicks, Disney movies,” all start off the laundry list of things the cat is opposed to.

“She’s single and ready to be social awkward with a socially awkward human who understands personal space. FREE ADOPTION,” the post concludes.

Meet Perdita, not for the faint of heart. LIKES: staring into your soul until you feel as if you may never be cheerful...

In an interview with the Charlotte Observer, shelter Director Amber Lowery reveals that Perdita came to them on Christmas Eve, and they’ve had to warn customers of her ways ever since.

“The minute you try to rub her, she slaps you. We thought she was in pain and took her to the vet, and he said, ‘No, this cat is just a jerk,’” she revealed to the newspaper.