New Coronavirus cases have been tied to the annual Sturgis Motorcycle Rally that was held in early August in South Dakota.

Now health officials have confirmed that 103 new cases of COVID were linked to the motorcycle rally including one death in South Dakota, according to SiouxLandProud.com.

The health department revealed Tuesday that a South Dakota resident who visited One-Eyed Jack’s Saloon on August 11 between noon and 5:30 p.m. may have spread the virus to other patrons.

The coronavirus pandemic didn't stopped thousands of motorcycle riders and enthusiasts from pouring into Sturgis for the 80th Sturgis Motorcycle Rally.

The rally, which kicked off on August 7, was on its way to becoming the largest public gathering since the onset of COVID-19 in mid-March, according to AP.

"As in most years, the opening weekend is very busy," said Christina Steele, spokeswoman for the city, told CNN. "Normally the number of visitors will likely peak around Wednesday and will then begin to taper off."

The town of Sturgis, South Dakota, is welcoming an expected crowd of 250 thousand people for an annual motorcycle rally. It will be the largest public gathering since the start of the Covid-19 pandemic, and it will go on as planned, without a mask mandate. https://t.co/bFkBY5Lf9u pic.twitter.com/WZ2lMHTb0b

The 10-day event, which was expected to welcome 250,000 people -- down from last year’s 500,000 attendees, happened against warnings of large gatherings from health experts.

Residents of Sturgis feared that the event, which welcomed tourists from all over the country to the 7,000 person town, could trigger a massive outbreak.

South Dakota did not set limits on indoor crowds nor did it have any mask mandates in place, which was worrisome for residents but a drawing point for tourists and riders.

AP noted that merchandise for the event included T-shirts that read: “Screw COVID. I went to Sturgis.”

South Dakota Gov. Kristi Noem was in support of holding the rally citing no virus spikes following other recent events such as President Donald Trump’s rally and fireworks at Mount Rushmore, per the outlet.

However, Laura Armstrong, city council president in Rapid City, the largest town near Sturgis, told CNN that she didn’t think the city would be able to handle “any kind of social distancing” as “there’s a significant amount of alcohol involved, it’s a huge party.”

"They can infect our Native American population, our law enforcement, potentially our bar staff, our tourist attractions, our hotels and motels, and even our grocery stores,” she added.

Reporters for AP noted that amongst the sea of bikers, face masks were nowhere to be seen.

Despite the danger, many attendees, like Stephen Sample from Arizona, said they made the decision to attend because they’re tired of living in fear.

The 66-year-old said he was taking certain safety precautions such as avoiding indoor bars and venues where he felt the spread might be greater than at an outdoor function.

“This is a major experiment,” Sample revealed, adding, “It could be a major mistake.”

Many attendees were retirees who fell into the higher risk category for contracting the virus, according to the CDC.

Bill Sudkamp and his wife, who have been attending the rally for nearly 20 years, understood the risks due to their age and were one of the few in the massive crowd wearing face masks. 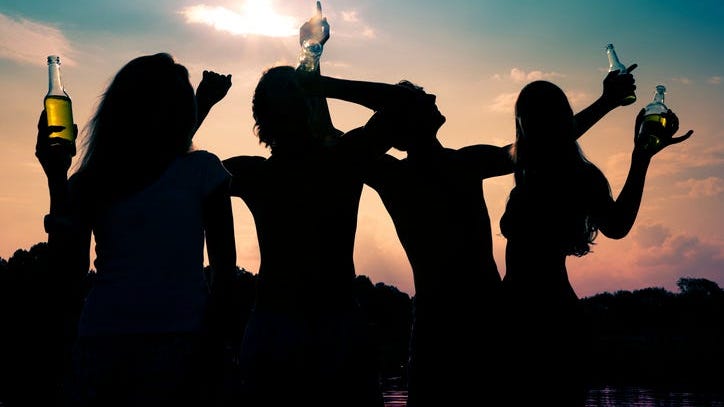 While daily coronavirus cases are on the rise in South Dakota, the average remains low compared to the rest of the U.S.

Monument Health, the local hospital system, added 172 “COVID beds” ahead of the rally, per CNN, saying they were prepared to offer 1,300 tests.

Marsha Schmid, a bar owner in Sturgis, said she was taking precautions to prevent her bar from becoming a hot spot but added that she would remain open as her employees depended on the annual event to make money.

“You’ve got people coming from all over the world,” she said. “I just hope they are being responsible and if they don’t feel good, they stay away.”