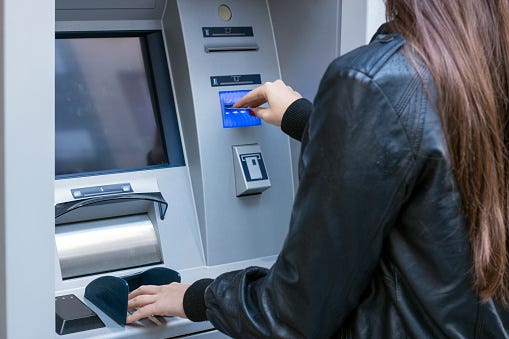 Many of us would like to be a millionaire one day, but for a Texas woman that wish came to fruition a little too literally.

After finishing work at Roma Boots in Dallas, Ruth Balloon checked her bank account and, to her surprise, found that she was suddenly a multi-millionaire.

Turns out Legacy Texas Bank had deposited $37 million into her personal checking account.

"I was like wow, we have a lot of money!" Balloon told KTVT.

After the initial shock, Balloon tried to believe it was not a mistake.

When her husband contacted the bank to inform them of the situation, they soon discovered the windfall was too good to be true.

A rep for the bank informed the couple the exorbitant amount was a clerical error that occurred after Balloon made a foreign currency deposit into her account. The transaction had to be manually entered to get the accurate exchange rate and her account number was accidentally inputted into the amount field. Oopsies!

The bank apologized and rectified the situation by swiftly removing the $37 million from the account.

Although she only had the millions in her account for a little over a day, it was enough for her to figure out what she wanted to do with the fortune.

Balloon asserted that she had no real plans to keep the money since it wasn’t hers, but still wished her honesty would result in some sort of compensation.

“A ‘thank you’ reward would be a little bit good. Just for being a good customer and notifying them as soon as possible,” she said.

Despite the emotional rollercoaster, Balloon is focusing on the bright side.

“I was a millionaire, I have a screenshot of it so I can say that now,” she said confidently. “It’s quite a story.”