Joe Biden's campaign announced on Saturday that the Democratic presidential candidate will address the nation on election night from from Chase Center in Wilmington, Delaware.

"On Tuesday, November 3, Joe Biden will address the nation on Election Night in Wilmington, Delaware and be joined by Jill Biden, Kamala Harris, and Doug Emhoff," the campaign said in a press release sent Saturday afternoon.

The campaign said space at the venue is "extremely limited." COVID-19 protocols, including social distancing and the wearing of PPE will also be enforced. 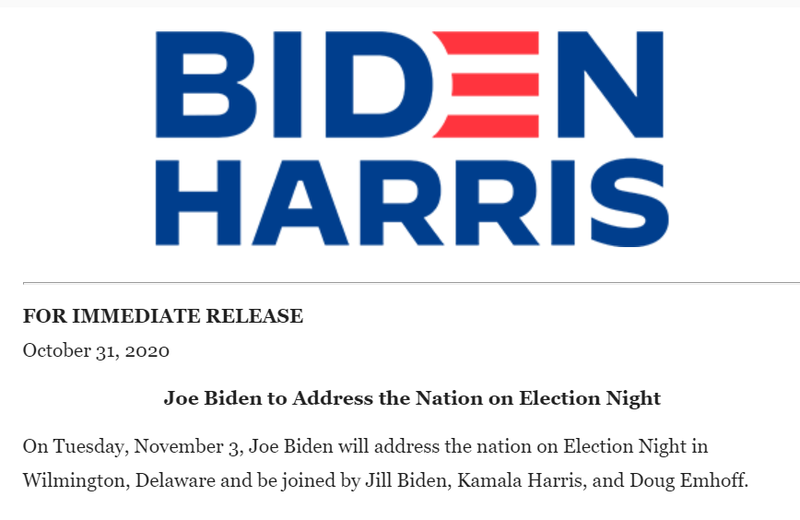 The Trump campaign has yet to confirm the president's whereabouts on Election Night. The president told reporters on Saturday morning, "I’ll be perhaps between the White House and the hotel." 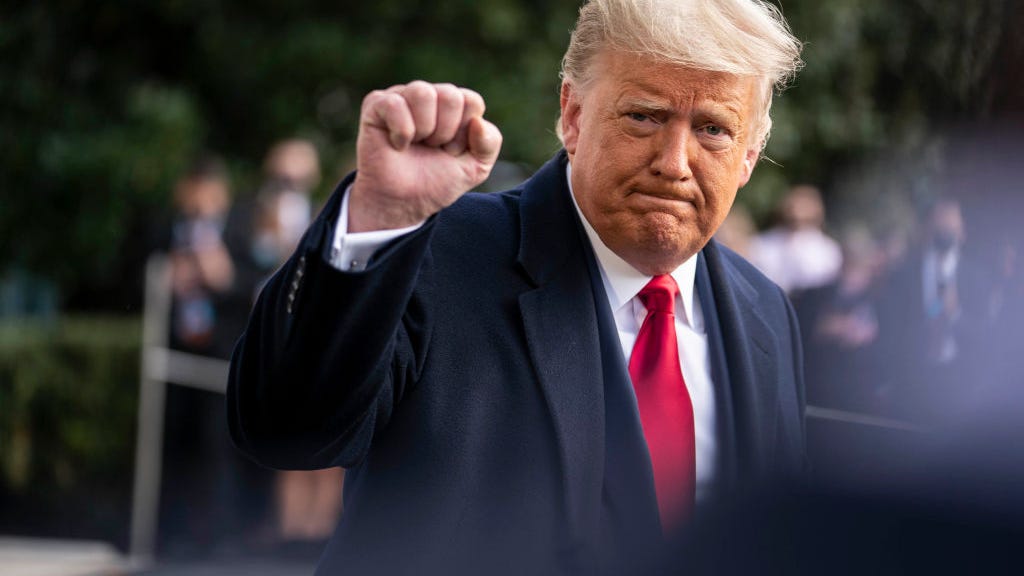 Trump: 'It's going to be a very interesting Tuesday'