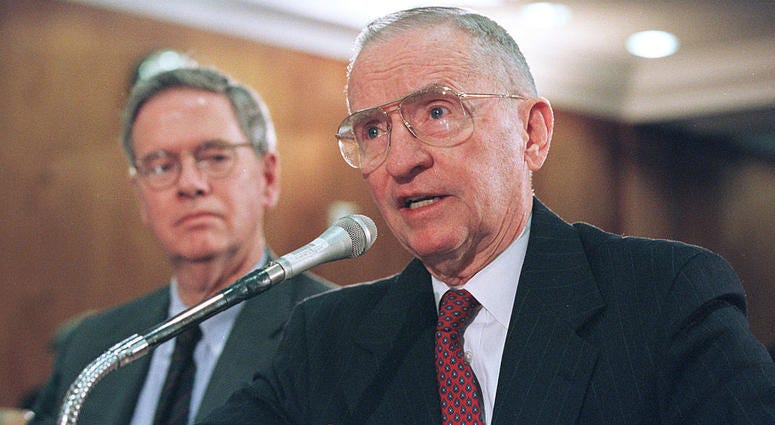 (1080 KRLD) - Texas businessman H. Ross Perot has died at the age of 89, a family spokesman has confirmed.

Born in Texarkana, Texas, he became a salesman for IBM after serving in the United States Navy. In 1962, he founded Electronic Data Systems, a data processing service company.

Perot established Perot Systems in 1988 and was an angel investor for NeXT, a computer company founded by Steve Jobs after he left Apple.

In 1992, Perot announced his intention to run for president and advocated a balanced budget, an end to the outsourcing of jobs, and the enactment of electronic direct democracy. A June 1992 Gallup poll showed Perot leading a three-way race against President Bush and presumptive Democratic nominee Bill Clinton. Perot briefly withdrew from the race in July, but re-entered the race in early October after he qualified for all 50 state ballots.

In the election, Perot won 18.9% of the popular vote but did not win any electoral votes. Republicans blamed him for Bush's defeat.