States are seeing a surge in coronavirus cases, and this time, younger people seem to be more at risk.

The New York Times reports that data shows younger people are accounting for more COVID-19 cases in what’s being called the second wave of the pandemic. It’s a departure from the early days of the pandemic where most cases were amongst the older population.

The publication notes that in Arizona, people aged 22-40 make up nearly half of the cases, in Dallas County, those aged 18-40 make up 52% of new cases since June, and Florida -- believed to have the makings of the next epicenter for the novel virus -- has seen the average age shift from 65 in March to 35 in June.

The CDC’s most recent data from June 19 shows that nearly 70% of people in the U.S. who tested positive as of May 30 were under 60.

The increasing percentage of younger people who are testing positive is concerning health officials.

“What is clear is that the proportion of people who are younger appears to have dramatically changed,” Joseph McCormick, a professor of epidemiology at UTHealth School of Public Health in Brownsville told the publication. “It’s really quite disturbing.”

While the CDC continues to emphasize the importance of wearing masks, washing your hands, and social distancing, experts believe the age profile has changed, in part, due to relaxed attitudes among younger groups paralleled with the reopening of bars, restaurants, and offices. 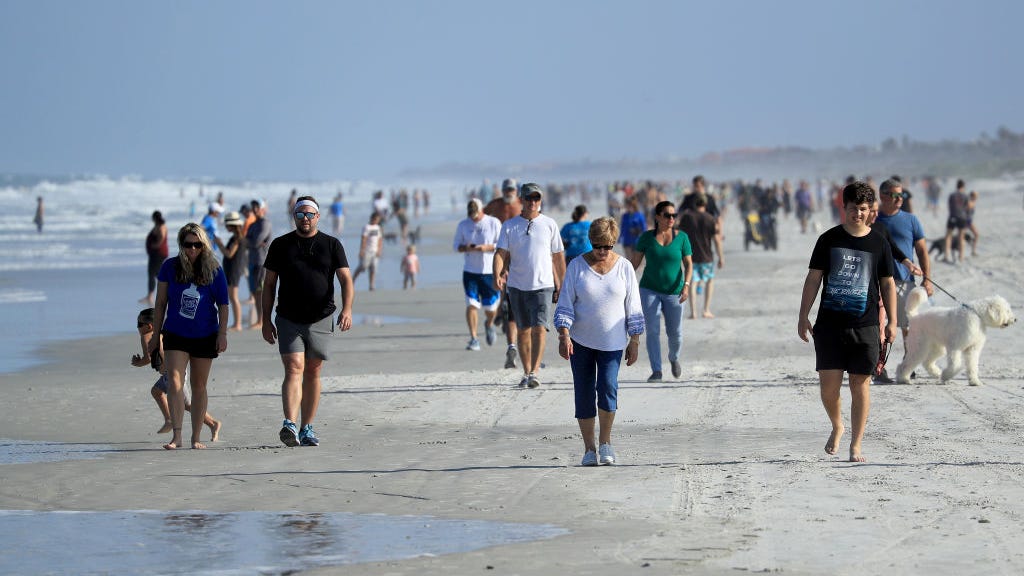 Coronavirus Cases May Be 10 Times Higher Than Reported: CDC Chief

Officials says younger people are more likely to go out and socialize thus spreading the virus.

“The 20- to 40-year-olds appear to be spreading the infection unperceived. They are just as easily infected as the elderly, but much more likely to show no or mild symptoms,” Bromage wrote in a CNN article.

However, experts note it’s virtually impossible to pinpoint the one single cause for the surge in cases.

“Is it the governor’s reopening? Is it Memorial Day? Is it the George Floyd demonstrations? Is it going to the beach?” Eric Boerwinkle, dean of the UTHealth School of Public Health in Houston, told the publication. “We don’t really know, but it is probably all of those things that are contributing.”

In addition to extensive testing explaining why younger people are making up a larger majority of cases, experts also acknowledge the fact that older groups are more cautious and staying quarantined.

"The folks who are older and would be more vulnerable are being a bit more careful," said Gov. Ron DeSantis.

Despite the recent concerns, the World Health Organization (WHO) released a report in April stating that more young people were dying from the virus.

Mike Ryan, executive director of the WHO emergency program, warned at the time that a lot of people have a “dismissive attitude” about the virus.

“We collectively have been living in a world where we’ve tried to convince ourselves that this disease is mild in young people and more severe in older people, and that’s where the problem is,” he said.

And in March, a study from the CDC found that while Americans aged 80 and older have a higher risk of dying from the virus, a significant portion of those hospitalized for the illness were younger.

Dr. Judith A. Malmgren, an epidemiologist in Seattle, shared this piece of advice with younger Americans: “Just because you’re in an age group that is less likely to die from coronavirus does not mean that you live alone.”