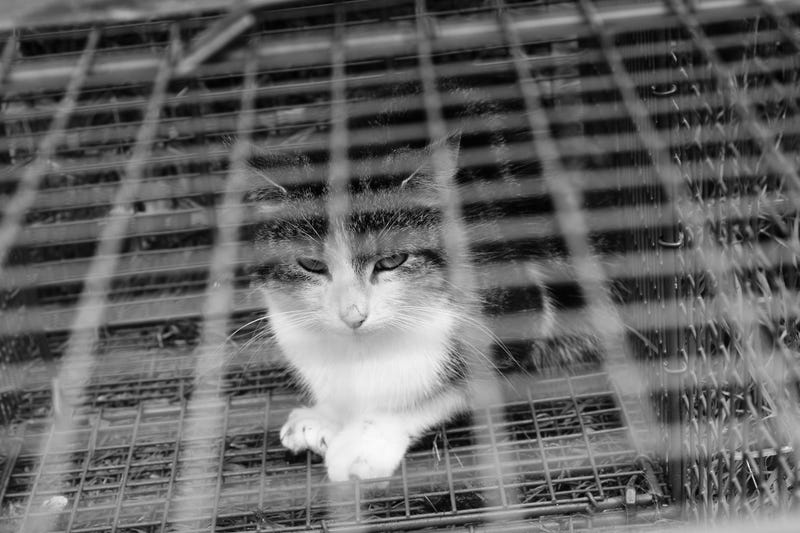 A cat burglar was on the loose in Naples, Florida and it turns out it was an actual cat.

Police in Collier County responded to a 911 call alleging there was “suspicious incident” after a homeowner believed a burglary was in progress.

The caller claimed to hear knocking at their door followed by some meowing. They initially believed the cat noise was an attempt by the burglars to get them to unlock the door.  The purr-fect crime!

CAT BURGLAR: The cat was taken to a county animal shelter for “fur-ther questioning.” https://t.co/S0vhu59XEy

When deputies arrived on the scene they found the assailant was actually a four-legged kitty, according to the NY Post.

"Upon arrival it was discovered that a small feline was the culprit behind the disturbing sounds that prompted the call,” the Collier County Sheriff’s Office said in a Facebook post. "The 'cat burglar' was quickly detained and turned over to Collier County Domestic Animal Services for safekeeping and 'fur-ther' questioning."

After a deeper investigation, it was discovered that the cat in question was micro-chipped and goes by the name Bones.

Prior to being set free, Bones was photographed in the back of a patrol car with his paws and face poking through the bars in the backseat window. Put that in the “Cats” trailer!

While it’s unclear who Bones owner was, it’s safe to say it wasn’t a “crazy cat lady.”

A recent UCLA research study found that owning multiple cats does not make a person sad, mad or anxious.

"We found no evidence to support the 'cat lady' stereotype: cat-owners did not differ from others on self-reported symptoms of depression, anxiety or their experiences in close relationships," the study said.

"Our findings, therefore, do not fit with the notion of cat-owners as more depressed, anxious or alone."

music
Mick Fleetwood Says 'No' To Ever Playing With Lindsey Buckingham Again
music
Shakira To Open Pop-Up Shop in Miami Ahead of Super Bowl
sports
Antonio Brown: 'I'm planning to come back to the NFL'
music
Metallica and More Pay Tribute to Corrosion Of Conformity Drummer Reed Mullin
music
Kelly Ripa Dances to Shakira Ahead of Super Bowl Halftime Show
news
Say 'I Love You' With Krispy Kreme's Conversation Doughnuts This Valentine's Day