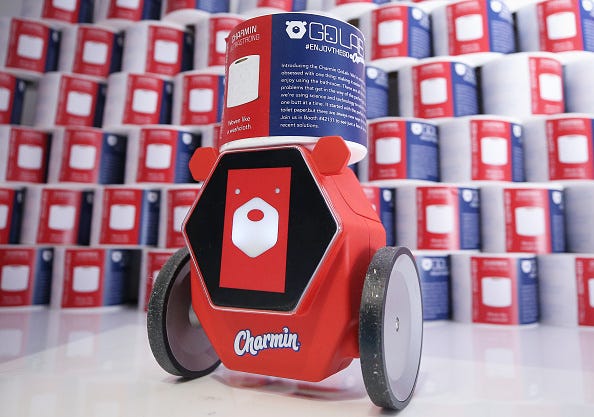 Charmin is offering a solution to an everyday problem – running out of toilet paper while on the toilet.

There’s no need to be embarrassed, it has happened to the best of us.

The “Rollbot” is a tech-based bathroom aide unveiled at CES in Las Vegas over the weekend.

According to CNET, it is described as a “self-balancing robot that connects to your phone and will deliver a fresh toilet roll” to you while you’re stranded on the throne.

While the idea is sound and well-intentioned, there are some flaws that will likely need to be worked out if “Rollbot” should ever “roll” out in the mainstream market. 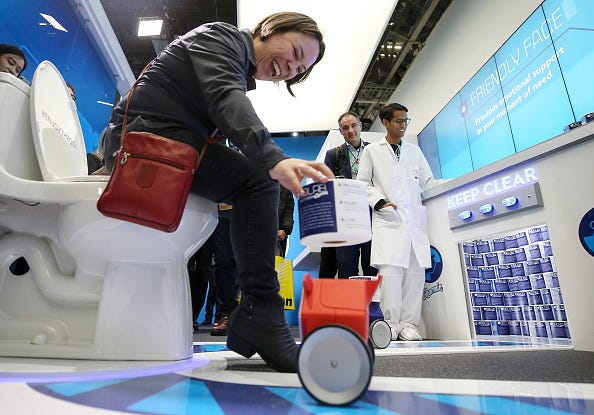 For starters, if the bot doesn’t have any hands, how will it open a cupboard and pick up a fresh roll?

How will it open a closed door? Or what if you run out of spare rolls in the bathroom drawer and it needs to fetch one from your linen closet in the basement? Can it walk downstairs?

As Charmin works with its engineers on figuring out the answers, the four-day show introduced other technologies that could revolutionize the bathroom experience going forward.

“SmellSense,” is a tool that will tell you if it is “safe” to enter a bathroom by indicating “no” or “good to go.”

It works by smelling the amount of carbon dioxide or hydrogen sulfide in the air so you don’t have to.

Most impressive of them all was the AR V.I.Pee, a gadget that can only be described as a port-a-potty from the future.

It’s 2020 - what better way to celebrate a double deuce decade than with a bathroom upgrade?? #CES2020 https://t.co/j6kxeKwMVz

Equipped with an Oculus Rift S VR headset, the port-a-potty ensures that you get a front-seat to any concert thus eliminating FOMO.

While none of these inventions will be available for purchase anytime soon, many companies used the CES platform to introduce products that are coming in 2020.

Here are a few to keep your eyes peeled for according to DallasNews:

Samsung introduces a robot ball that rolls along beside you taking videos, connecting to other devices, and serving as a companion to your four-legged friend that’s home alone. 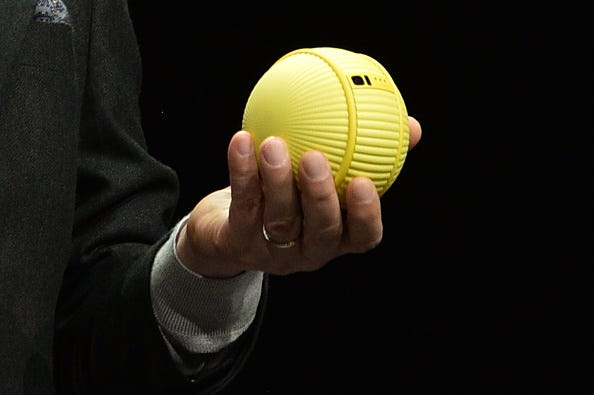 Hailing from a London startup, the invention collects your DNA via a cheek swab and sends data to your wristband to curate a meal plan that encourages healthier diet choices based on your specific dietary needs.

We’re more than 5-years behind Marty McFly’s flying car schedule but Uber and Hyundai are hoping to build a fleet of electric flying taxis. The “Uber Air Taxi” would reduce traffic by offering shared air rides first between suburbs and cities and eventually, within cities. The goal is to get this up and running by 2023.