A woman intentionally coughed on a man after he criticized her boyfriend for not wearing a face mask inside a Costco in California.

The video was initially shared by Reddit user locolukas with the caption, "Costco Karen coughed in my brother's face when he asked her to wear a mask," reported Newsweek.

In the clip, the man filming follows the woman’s boyfriend as he strolls through the store with an American flag mask dangling from one ear.

“Is there something about the mask you’re opposed to?” the man asks.

The woman, who wears a mask over her mouth but not her nose, gets involved and threatens to call security on the man for filming them.

Woman in California coughs on a customer after he calls out her anti-masker boyfriend pic.twitter.com/o7msrqn2WF

At this point a Costco employee tells the boyfriend that it’s store policy for everyone to wear a face mask. The chain’s mandatory mask policy went into effect on May 4th.

After putting the face mask on, the boyfriend gets fed up and tells the man, “Dude why are you recording me for?”

“Because I have family members who’ve died from COVID, bud, and you don’t seem to care,” the man filming replies.

The woman then gets up close to the man’s face and says, “This isn’t social distancing. You’re actually disrespecting me because you’re in my space.”

She begins to walk away but turns back and pulls down her mask to cough multiple times on the man filming. 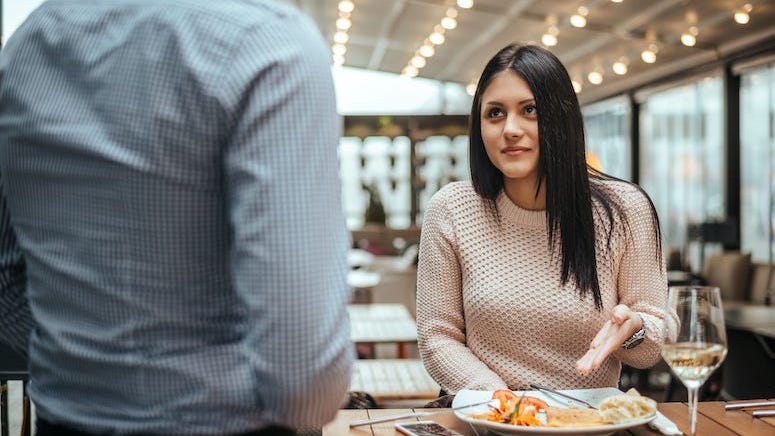 Restaurant Holding ‘Karen Day,’ Where Anyone Named Karen Gets A Free Meal

It’s unclear if the woman, who has not been indentifed, is actually infected with the novel virus.

Newsweek reached out to the Reddit user who shared the video, but didn’t receive a response.