A California couple, who met in high school and were married for 35 years, both died from coronavirus just 11 days apart.

Keith, 62, and wife Gwendolyn Robinson, 60, from Vallejo, California, were admitted into the hospital with COVID-19 symptoms within two days of each other, reported CNN.

On July 12th, Keith, who had diabetes, was admitted first after experiencing minor symptoms.

Gwendolyn, who had asthma and MDS, a type of blood cancer, developed more serious symptoms and was sent home from her job at a veteran’s home.

Keith and Gwendolyn Robinson were a lot like Noah and Allie from the Nicholas Sparks novel-turned-movie "The Notebook," their son says.

"The following day, my sister said ‘Mom, I think we should take you in.’ And that was the last time we physically touched her or saw her," the couple’s son Delon Adams told the outlet.

Four days after being admitted, Gwendolyn passed away on July 18. Prior to her death, she was able to say goodbye to her children and grandchildren via Facetime.

Keith remained in the hospital as his condition continued to go up and down.

"They always seemed to get it under control, but on July 29, it went downhill," Adams said.

Keith began having kidney trouble and breathing problems and died before doctors could start dialysis. He passed 11 days after his wife. 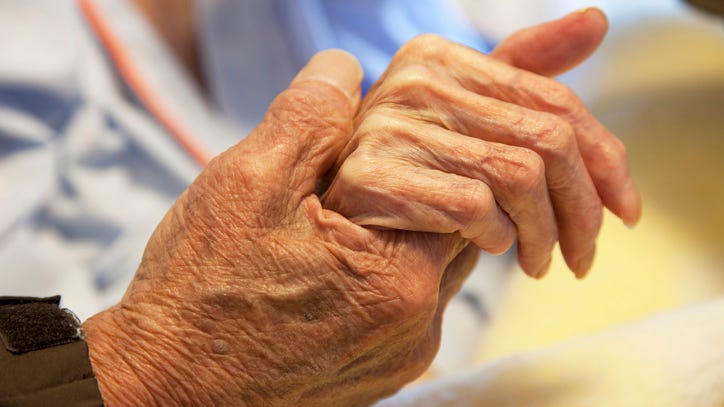 "This is rough," Adams confessed. "It's one thing to know you are going to lose your parents eventually -- but to know that you just saw them last week...and you never see them again, it's a shock."

Keith and Gwendolyn are survived by four children and ten grandchildren.

The family created a GoFundMe campaign to help pay for funeral services. As of Saturday, they have raised over $22,000.