10:46 PM - Michelle Obama kicked off her portion of the evening by telling viewers that she understood the hardships of the year may have led people to want to take space from politics.

She went on to say that the president must fight for the people of the country and spoke to how important their character is in that process.

"You simply cannot fake your way through this job. As I've said before, being president doesn't change who you are, it reveals who you are," she explained.

"Whenever we look to this White House for leadership or consolation or any sort of steadiness, what we get instead is chaos," she continued.

She began to talk about the important of empathy and teaching it to our children. "This is not who we want to be," Obama said. 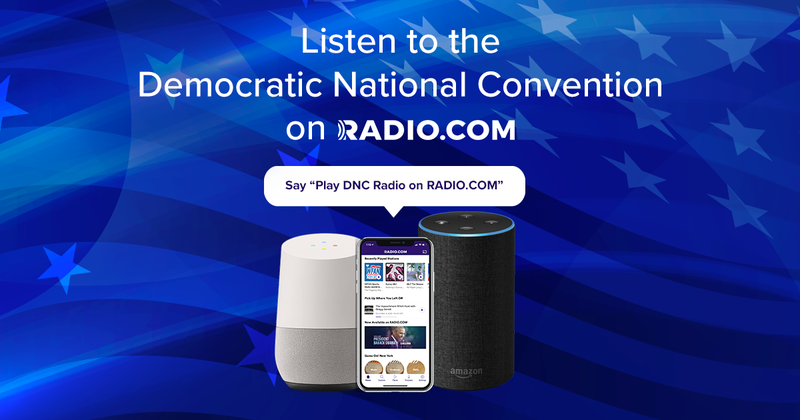 "Over the past four years, a lot of people have asked me, 'When others are going so low, does going high still really work?' My answer? Going high is the only thing that works," she said.

"It is well past time for our leaders to reflect our truth," she concludes.

10:36 PM - Senator Bernie Sanders began to talk about the need for a government willing to stand up for "democracy and decency."

He thanks the supporters of his own campaign, and urges them to continue the movement to fight for democracy. "At its most basic, this election is about preserving our democracy," he said.

He then went on to talk about the disparities that many Americans have been facing.

"Millions of working families are wondering how they will feed their kids, and they're worried they will be evicted from their homes," he continued. "Too many hardworking families have been caught on an economic treadmill with no hope of ever getting ahead."

10:22 PM - Senator Amy Klobuchar began by talking about the post office and the "fundamental" right of every person to vote. "Unity isn't about settling, it's about striving for something more," she explains.

"Now more than ever, we need a president who will unite this country," she continued.

10:03 PM - Michigan Governor Gretchen Whitmer began talking about how the nation should be handling the coronavirus pandemic and the kind of leader the nation needs to get the job done.

"Action begets action. Progress begets progress," she said. "Let us find strength to do the work."

9:44 PM - New York Governor Andrew Cuomo took over with words on how New York persevered through the uptick in coronavirus cases at the beginning of the pandemic. "Only a strong body can fight off the virus," he said.

"Covid is the symptom, not the illness," Cuomo said. "Our nation is in crisis, and in many ways, Covid is just a metaphor. A virus attacks when the body is weak and when it cannot defend itself. Over these past few years, America's body politic has been weakened, the divisions have grown deeper."

9:26 PM - George Floyd's brother, Philonise Floyd, took a moment to talk about losing "souls" to injustice. "My brother George was selfless. He always made sacrifices for his family, friends, and even complete strangers. George had a giving spirit," he said.

"It's up to us to carry on the fight for justice," he finished. He then led viewers in a moment of silence.

9:00 PM - Democrats kicked off the first night of their 2020 convention in a virtual format. Eva Longoria gave opening remarks, revealing the theme as "We the People."

Election season is in full swing.

The 2020 Democratic National Convention kicks off on Monday, and while the program will be conducted a little differently this year, the party has a full roster of events and speakers planned.

During this week's events, Former Vice President Joe Biden, the presumptive Democratic nominee, will accept his nomination from Delaware, near his home. Kamala Harris is also set to accept her nomination as Vice President on this year's party ticket.

While limited party business will take place in Milwaukee, where the convention was originally set to take place, speakers will deliver speeches from locations of their choosing.

The New York Times reports that party officials have advised remote speakers to set up cameras in "symbolic and visually interesting locations," to "add more visual pizzazz for those tuning in," rather than using bookcases and spare rooms in homes.

Caucus and council meetings that are scheduled during the days this week will also take place remotely, reports NPR.

The speakers from 9-11PM ET are as follows: