Thursday night marked the fourth and final night of the Democratic National Convention.

There were also performances from The Chicks, John Legend, and Common.

These are the biggest moments from night 4 of the Democratic National Convention.

Joe Biden takes the stage for a series of concluding remarks for the 2020 Democratic National Convention.

"Too much anger, too much fear, too much division. Here and now, I give you my word: If you entrust me with the presidency, I will draw on the best of us, not the worst. I'll be an ally of the light, not the darkness. It's time for us — for we the people — to come together," Biden begins.

He then accepts the nomination for President of the United States and begins to target President Trump.

"The current president's cloaked American darkness for much too long," Biden said of the current administration. He continued by lauding former President Barack Obama. "A president our children could and did look up to. No one's going to say that about the current occupant of the White House," Biden said.

He then continued by detailing the alleged failings of the Trump administration's handling of the coronavirus pandemic.

He suggested things would only get worse if Trump remains president. "You know what will happen," he began. "Cases and deaths will remain far too high. More mom and pop businesses will close their doors and this time, for good. Working families will struggle to get by, and still, the 1% will get tens of billions of dollars in new tax breaks." 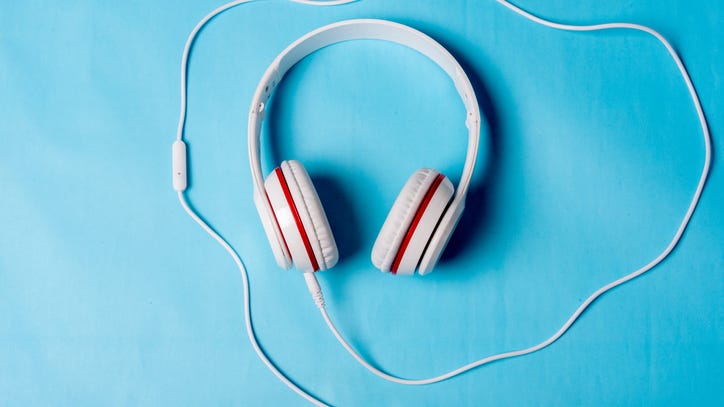 9 Political Podcasts to Listen to During Convention Season

Joe Biden's granddaughters take the stage to discuss the things they love most about their grandfather.

The women talked about the best parts about having Biden as a grandfather, including that he always answers calls and spends time with them.

"We knew that he had to run, and we weren't going to take no as an answer," they said of a family meeting they called about whether or not Biden should run for president.

The conversation then leads into an introduction of Joe Biden by his children and the kind of person he is as he prepared to make his own speech.

Former New York City Mayor Michael Bloomberg gave remarks about the differences between the Republican and Democratic candidates for president.

"He has failed the American people catastrophically," Bloomberg said of Donald Trump's handling of the coronavirus pandemic.

"I want to ask small business owners and employees one question...would you rehire or work for someone who ran your business into the ground?" Bloomberg asked.

He talked about the changes between 2010 and 2020 in terms of LGBTQ rights. "The very ring on my finger — a wedding we celebrated here where I’m standing — reflects how this country can change,” Buttigieg said

“Love makes my marriage real, but political courage made it possible — including that of Joe Biden, who stepped out ahead of even this party when he said that marriage equality should be the law of the land," he continued.

"Joe Biden is right, this is a contest for the soul of the nation. And to me, that contest isn't between good Americans and evil Americans," Buttigieg said.

"Can we become a country that lives up to the truth that Black lives matter?" Buttigieg continued.

He was then joined by other former candidates for the democratic presidential ballot where they discussed the Joe Biden they ran against.

"The magic of Joe Biden is that everything he does becomes the new reasonable," entrepreneur Andrew Yang said of Biden. "Everyone's going to follow his lead."

The program continued with a tribute to Joe Biden's son, Beau Biden.

Beau Biden passed away at the age of 46 from a brain tumor. The tribute continued with kind words from former president Barack Obama and a few words from Beau Biden himself from a 2008 convention speech.

Former Surgeon General Vivek Murthy took the screen to talk about the "truth" about the coronavirus pandemic.

"We have the talent, resources and technology. What we're missing is leadership," he said. "We need a leader who works with states to ensure that everyone who needs a test gets one and gets results quickly; a leader who secures a safe, effective vaccine and distributes it quickly and fairly; a leader who inspires us to practice distancing and wear masks, not as a political statement but as a patriotic duty, a commitment we make to one another"

"I know Joe Biden can be that leader. I've worked with Joe Biden. I've seen how he is with no cameras around," he explained.

Cory Booker stands up for the working class

New Jersey Senator Cory Booker talked about how the working people are "under attack."

"Working people are under attack, the wealth gap grows, our middle class shrinks, and poverty persists," he said.

"I believe in the dream of our ancestors," Booker explained. "Together, we will rise."

He says of President Trump, "He has failed us."

"Voters have been voting by mail for years. Republicans and Democrats agree, it is safe," Benson said.

"Don't let anyone keep you from exercising your most sacred right," Padilla added.

Jon Meacham reflects on the teachable moments of history

Writer and historian Jon Meacham began remarks with a quote from Abraham Lincoln.

"This is a grave moment in America. A deadly virus is ravaging us. Our jobs are evaporating. Our faith in the things that bind us together is fraying, for our democracy is under assault from an incumbent more interested in himself than he is in the rest of us," he said. "We must decide whether we will continue to be prisoners of the darkest of American forces, or will we free ourselves to write a brighter, better, nobler story?"

"The struggle to be who we ought to be is difficult, demanding, and ongoing," he continued. "History that will surely be our judge, can also be our guide."

"If we live in hope, we open our souls to the power of love," he said.

Atlanta Mayor Keisha Lance Bottoms took the stage, beginning by talking about how she's feeling after recovering from the coronavirus.

She then went on to talk about the legacy of Civil Rights icon John Lewis. "The baton has now been passed to each of us. We've cried out for justice. We've gathered in our streets to demand change. And now, we must pass on the gift John Lewis sacrificed to give us," she said.

"We know how important it is that we elect real leaders like Joe Biden," she continued. "Our votes can be our voice."

The program then turned to a tribute montage to John Lewis.

Chicks gave a powerful performance of "The Star-Spangled Banner."

Andrew Yang kicked off night 4 of the Democratic National Convention by endorsing Joe Biden and Kamala Harris for president and VP.

"I have gotten to know both Joe and Kamala on the trail over the past year -- the way you really get to know a person when the cameras are off, the crowds are gone, and it’s just you and them," Yang said. "They're real people. They understand the problems we face.”

He then began a conversation with Julia Louis-Dreyfus. She started with some playful quips and then goes on to endorse Joe Biden by telling a story about how she first met him. "How can you help Joe? It's super simple. Vote!" she said.

"If you are in denial about climate change, come to California," Newsom said.

"Mother nature has now joined this conversation around climate change. And so we, too, need to advance that conversation anew. Just today, the President of the United States threatened the state of California, 40 million Americans that happened to live here in the state of California, to defund our efforts on wildfires suppression because he said we hadn't raked enough leaves," Newsom said. "You can't make that up."

Earlier, it was reported that Newsom would not be giving his pre-recorded remarks due to the state of the wildfires in California.