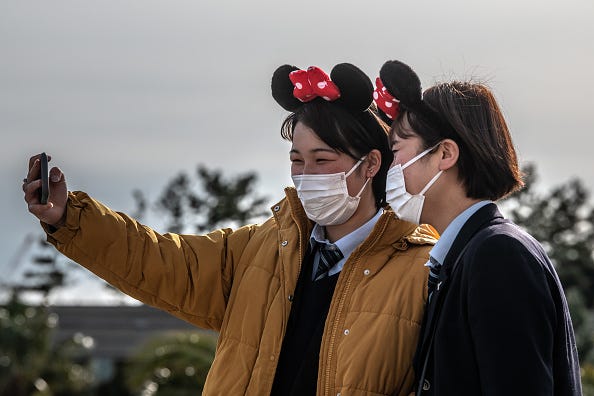 The Disney+ launch event planned in London this week has been canceled as concerns over the coronavirus outbreak continue to grow.

After a successful launch in several countries including the U.S., Disney was set to make a splash on the European market this week and roll out its streaming service during a press event at the Exhibition London, according to The Hollywood Reporter.

In addition to exclusive presentations from executives behind the streaming service, the company was set to welcome special guests and journalists from around the world.

Disney addressed the cancellation writing, “Due to a number of media attendee cancellations and increasing concerns at the prospect of traveling internationally at this time, we have decided to cancel our Disney+ launch events scheduled to take place on Thursday and Friday.”

A Disney+ Europe launch event in London, scheduled for this week, has been canceled due to coronavirus fears. Details: https://t.co/1U64DWIVVH

Instead, the company will promote the launch through social media and press notices instead.

UK-based journalists will still be able to attend a demo on Friday with Disney adding that they’ll do their best to connect them with talent previously scheduled for the event.

This isn’t the first entertainment industry event that has been cancelled in the wake of the virus.

Premieres for highly anticipated films like Disney’s “Mulan” and the upcoming James Bond film “No Time to Die” have been canceled in China, where the virus is said to have originated and killed a vast majority of those infected. A group of fans even called for the film to postpone the release date.

BTS and Green Day also called off scheduled concerts in Asia as concern grows around the coronavirus outbreak. Many Disney Parks in Shanghai, Hong Kong, and Toyko have been shut down as a public safety precaution, and the 2020 Summer Olympics, set to take place in Tokyo in July, are at risk of being cancelled.

The coronavirus has spread throughout the world and has been responsible for thousands of deaths in mainland China. Now, the illness has begun to threaten the lives of those in other countries.

Back in January, the CDC confirmed the first human-to-human transmission of the coronavirus in the U.S., which took place in Illinois. The husband of a Chicago woman contracted the disease from his wife, who was the first case of the virus in the state.

music
In the middle of the pandemic Rick Ross says affordable healthcare 'is more necessary than ever.'
sports
Steph Curry explains viral Nate Robinson tweet
sports
NBA Reddit user publishes 42-page statistical analysis in attempt to prove Trae Young deserves more respect
music
Justin Bieber wants as many kids 'as Hailey is wishing to push out'
music
New bill gets BTS out of military service, but for how long?
sports
Steve Young says Ravens-Steelers should not be played without Lamar Jackson