As the Biden administration nears, so do several firsts.

One of those is the country’s first Second Gentleman, a role to be filled by Vice President-elect Kamala Harris’ husband, Douglas Emhoff. In a glimpse at the firsts to come on Inauguration Day, the @SecondGentleman Twitter handle went live. 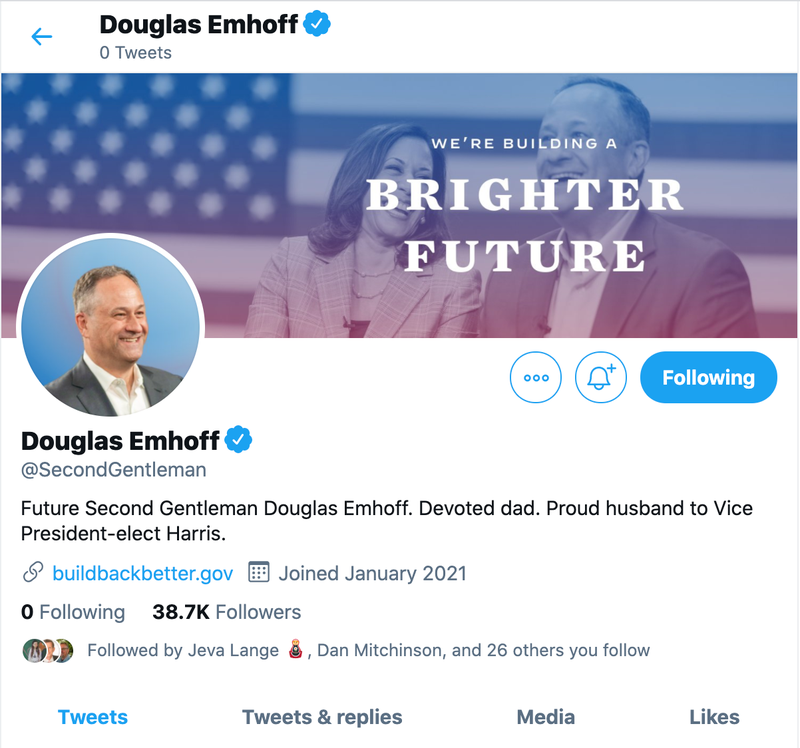 Harris and Emhoff have been married since 2014. She is a stepmother to Emhoff's two kids from a previous marriage. Emhoff, a native of New York City, will also make history as the first Jewish spouse of a vice president.

On the presidential campaign trail, Emhoff said he will focus on issues involving equal access to justice as Second Gentleman.

As of late Thursday, Emhoff isn’t following anyone, including his wife.

The President-elect also clarified where he'll be as of next Wednesday afternoon.

Folks — This will be the account for my official duties as President. At 12:01 PM on January 20th, it will become @POTUS. Until then, I'll be using @JoeBiden. And while you're here, follow @FLOTUSBiden @SenKamalaHarris @SecondGentleman and @Transition46.