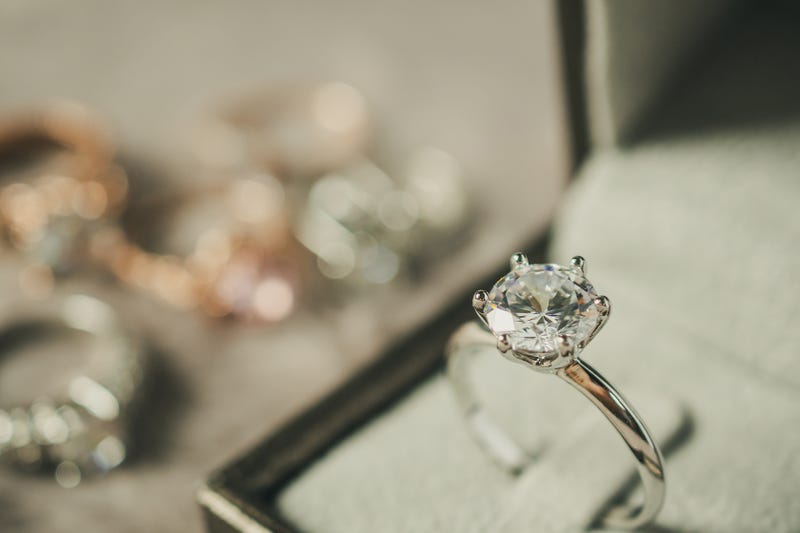 It was a dream Jenna Evans couldn’t believe she had, swallowing her own engagement ring!

Evans did an interview with NBC News where she explained a dream that turned out to be all too real.

On Tuesday, Evans said she was on a “high speed train that was racing down the tracks, her fiancé, by her side, when some bad guys appeared.”

"I popped that sucker off, put it in my mouth and swallowed it with a glass of water," Jenna Evans wrote in a Facebook post.

She said to save herself, the only thing she had to do was protect her engagement ring -- so she swallowed it.

On a Facebook post she posted, “I popped that sucker off, put it in my mouth and swallowed it with a glass of water.”

So, in case you missed it, I swallowed my engagement ring in my sleep on Tuesday night. I actually remember doing it,...

She did some digging on Google to find out just how often adults swallow rings. It turns out children are the most likely to do it.

How did she get the ring out? Evans went to visit an urgent care clinic where her doctor decided letting the ring pass naturally.

Doctors instantly told Evans to go to a gastroenterologist.

A gastroenterologist then have to perform an upper endoscopy, which a thin scope with a light and camera is used to look inside the upper digestive track.

Evans wrote in a Facebook post, "Bobby finally gave my ring back this morning - I promised not to swallow it again, we're still getting married and all is right in the world."