A Tesla Model S slammed into a cop car while the driver was preoccupied.

According to CBS 17, the car was on autopilot and the driver was watching a movie on his phone when the accident occurred.

The accident happened at around midnight on a rural stretch of a four-lane highway in North Carolina.

A deputy and a trooper were on the side of the road helping with another crash when the Tesla collided with the other cars.

The driver of a Tesla was watching a movie early Wednesday while the vehicle was on auto-pilot when it plowed into a Nash County deputy’s vehicle, the Highway Patrol said. https://t.co/XMZcm70Yla

The impact of the crash sent the deputy’s car into the trooper’s, which pushed them both to the ground.

The driver, Devainder Golia, a doctor from Raleigh, was charged with violating the law requiring drivers to move over for stopped emergency responders.

He was also charged with watching television while driving.

"We were doing a simple lane closure last night, and then death's there at our footsteps," Nash County Sheriff Keith Stone told the news outlet.

He hopes the incident is a wake up call for those who think putting a car in autopilot means that they don’t have to pay attention to the road.

"It shows that automation is never going to take the place of our motoring public paying attention — not texting, not being on the phone, but focused on what you're doing, driving," he added. 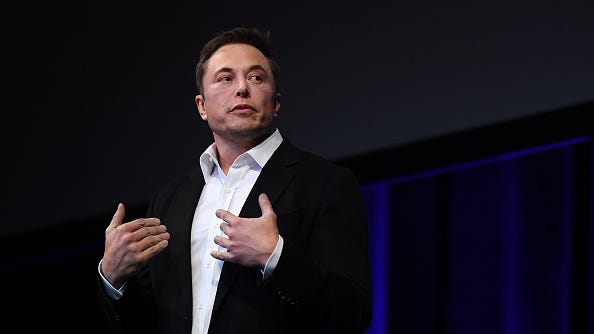 Elon Musk Demonstrates Chip Implant on Pig: 'It's Kind of Like a Fitbit in Your Brain'

This isn’t the first time a Tesla that has been put in autopilot has crashed into another vehicle.

While autopilot might give off the impression that the car is self-driving, it’s not fully autonomous.

Tesla requires a driver using autopilot to remain alert and keep hands on the wheel at all times. If the driver removes their hands for a longer period of time, the car will alert the driver.