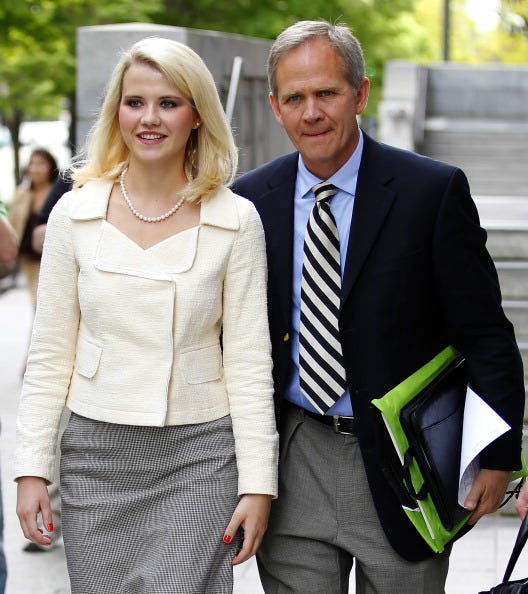 Ed Smart, father of kidnapping survivor Elizabeth Smart, has disclosed he is gay.

According to “Today”, the 64-year-old announced his truth in a letter posted to Facebook, where he also revealed he and his wife, Lois Smart, were divorcing.

"It is with this same spirit that I wish to share the news that I have recently acknowledged to myself and my family that I am gay,'' he wrote. "The decision to be honest and truthful about my orientation comes with its own set of challenges, but at the same time it is a huge relief."

Elizabeth Smart's father announces he is gay and is divorcing his wife https://t.co/PxwHFYwvQM

Ed and Lois were married in 1986 and raised five children together. While he regrets causing them “excruciating pain,” he also has faith that their love will continue to bind them together.

"Hurting her was never my intent,” Ed added.  “While our marriage will end, my love for Lois and everyone in my family is eternal. “

Ed became a child safety advocate after Elizabeth was kidnapped at knife-point from their Salt Lake City home at the age of 14 in 2002. She was held captive by Brian David Mitchell and his wife, Wanda Barzee, for nine months before being discovered 18 miles from home in March 2003.

“While I am deeply saddened by their separation, nothing could change my love and admiration for them both,” the mother of three said of her parents. “Their decisions are very personal. As such, I will not pass judgment and rather am focusing on loving and supporting them and the other members of my family.”

In his letter, Ed also said he would be leaving the Church of Jesus Christ of Latter Day Saints as it “is not a place where I find solace any longer.”