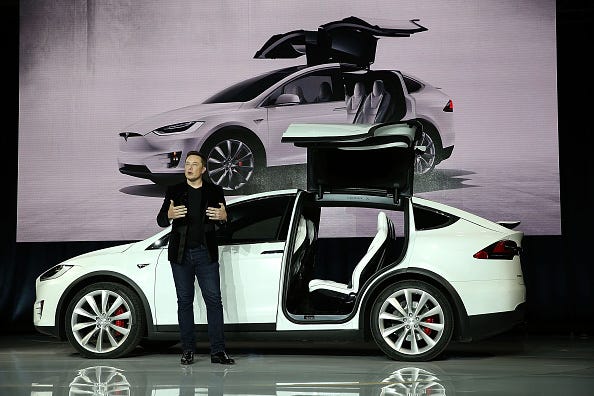 The champagne will have to wait until next year for Elon Musk.

The billionaire has revealed he plans to ring in the new year by working at one of his electric car factories in Northern California, reported Business Insider.

Musk made the disclosure after a follower asked if he be celebrating the end of 2019 at his SpaceX facility in Boca Chica, Texas.

Now it’s unclear if he’ll actually be burning the candles at both ends in the wee hours of the morning or just stopping by to check on things.

Regardless, it’s pretty evident the CEO is anxious to make sure the vehicles are ready to ship in anticipation of making the company’s quarterly performance reports.

Earlier this year, Tesla broke a new record by delivering 97,000 vehicles during the third quarter, although it was still below investor expectations.

According to CNBC, Musk had previously promised shareholders Tesla would deliver between 360,000 and 400,000 vehicles by year-end. To do so, the company has to make sure it delivers 105,000 cars in the fourth quarter, which ends at midnight.

With that kind of pressure, it’s no wonder the father of five is heading to the office instead of celebrating at a lavish soiree or exotic vacation.

Musk is also known for being a workaholic and has previously boasted about working 120-hour weeks and notoriously spent his 48th birthday in June presiding over “global logistics.”

On the bright side, when you are worth $23 billion, you can always throw a New Year’s Eve party whenever you want.