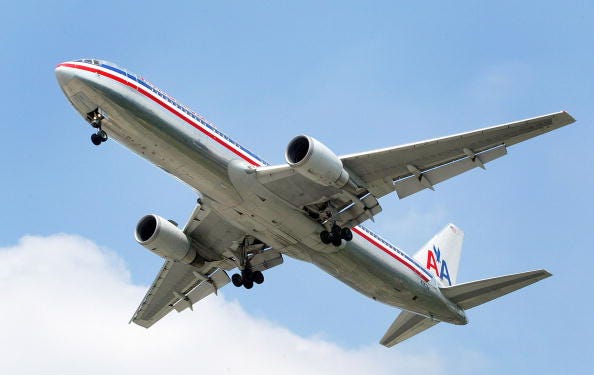 A Michigan couple is sueing American Airlines after being kicked off of a flight for alleged body odor last year.

The couple, Yehuda Yosef Adler and Jennie Adler, aims to file a federal lawsuit against the airline, claiming they were victims of religious and racial discrimination. The couple was with their 19-month-old daughter in Miami, having just boarded a plane to Detroit.

The gate agent alerted them to an “emergency,” asking that they deplane immediately. Once the family got off the plane, they were told by airline staff that they were kicked off of the plane because of body odor.

Today reports that the couple claims to have suffered “unbearable humiliation, embarrassment and mental and emotional anguish” over the incident, according to the lawsuit.

In a video taken as the incident was occurring, the Adlers can be heard telling airline staff that they had just bathed that day. “In response, defendant’s agent made disparaging and derogatory statement telling the Adlers that he knew Orthodox Jews take baths once a week,” the couple’s lawyer wrote in the lawsuit.

Still, the Fort Worth-based airline defends their actions, claiming they were respondeing to the complaints of other customers on the plane.

The lawsuit reads, “The decision was made out of concern for the comfort of our other passengers. Our team members took care of the family and provided hotel accomodations and meals, and rebooked them on a flight to Detroit the next morning.”