What would you do if you found $1 million lying around in the middle of the road?

When one Virginia family accidentally stumbled upon the massive amount of cash lying in the road, they decided to do the right thing and turn it over to authorities.

Emily Schantz, of Caroline County, told a local CBS affiliate that she and her family were out for a drive when they swerved to avoid an object in the road.

They pulled over and picked up the bag -- along with another bag lying roughly 15 feet away -- and loaded it up into the back of their pickup. They thought it was trash.

What they didn’t know is that they just loaded nearly a million dollars into their vehicle.

Schantz recalled making the shocking discovery after arriving home and getting ready to dispose of the bags.

“Inside of the bag, there were plastic baggies and they were addressed with something that said ‘cash vault,'” Schantz said. 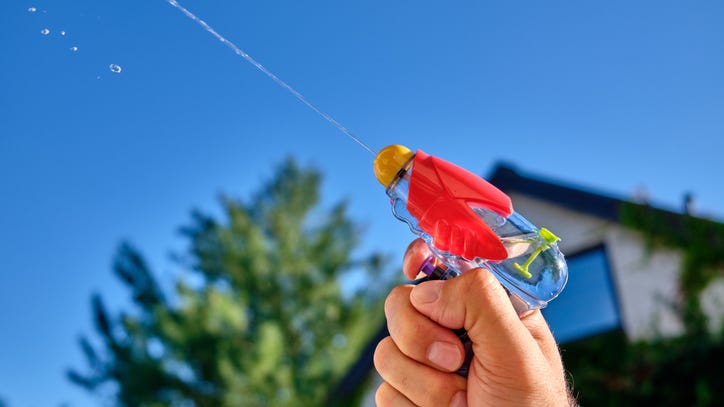 While some might have followed the rule of “finders keepers,” the Schantz family immediately called local deputies to explain the situation and turn the money in.

The Schantz’ may have been stunned by their finding, but no one was more surprised than the police department.

“For someone so honest and willing to give that almost a million dollars back, it’s exceptional on their part,” Maj. Scott Moser told the publication.

Authorities have launched an investigation and believe that the money likely belongs to the postal service.

Their hunch is that the money was supposed to be dropped off at a bank. How it ended up on the side of the road remains a mystery.

It’s unclear if the Schantz family will get a reward for their good deed, but Emily stands by their actions explaining, “Do the right thing and return it.”

She explained the reason behind turning the money over is simple, "It didn’t belong to us."