NEW YORK (WCBS 880) — The mention of the 2000 election could make one shudder thinking about "hanging chads" and "butterfly ballots."

Nearly 20 years ago on election night, the nation watched and waited to find out who won the presidential race, but the results would not be known for more than a month as a lengthy legal battle played out in Florida, eventually ending in the historic Supreme Court ruling, which decided the Bush v. Gore contest.

The podcast "Fiasco: Bush v. Gore" explores the 2000 battle for the presidency and sheds some light on the current situation as the country enters the final stretch of the 2020 race.

"With the 2020 election coming up and no one really knowing how it will turn out, obviously, and how close it'll be and whether we'll know the winner on the night of, it feels like something worth doing to look back at the last time we had an election that felt so unsettled and that had such potential to go sideways," journalist and podcast host Leon Neyfakh told WCBS 880's Lynda Lopez. "During those 36 days after Election Day in 2000, it was just like every morning people woke up not knowing which court case was going to go this way or that way, which judge was going to make a decision this way or that way, it was just a total roller coaster and I think we might be in for something similar this year."

Season one of "Fiasco," which is now available on the RADIO.COM app, takes a deep dive into how news networks called the Bush-Gore election over and over again.

Lopez asked Neyfakh what lessons we need to take from that with the upcoming election less that two weeks away.

"I think this is sort of sinking in now, we should not expect to know the winner on the night of, especially with all the mail-in ballots that people are going to be counting, particularly this election," he said. "I think we have sort of gotten used to the idea that you go to bed knowing the president and I remember going to bed in 2000 and thinking it's crazy that we don't know who the winner is. This year, I think, if there's not a clear winner on election night, people will go to bed sort of understanding why, but my feeling is that we just sort of have to be patient and understand that a national election with so many votes to count takes time. I think the big fear right now is sort of what happens in between the vote count and the results sort of becoming clear and who can steer the narrative in between. I think that's what people should look out for." 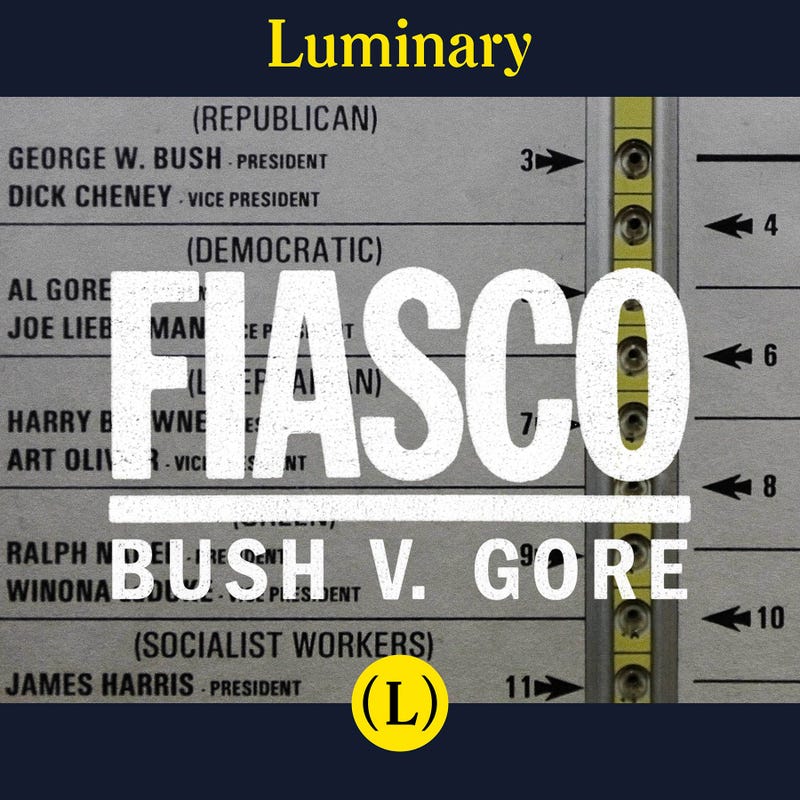 The six-episode documentary podcast series looks at not only the 36 days it took to decide a winner, but the months leading up to Election Day and the events that shaped it.

"The sort of magical thing about the 2000 election is that because the margin of victory was so, so narrow you could look back at the entire sort of chain of events from when the campaign started and identify these little turning points where if only it had gone a different way, the whole outcome might've been different," Neyfakh said.